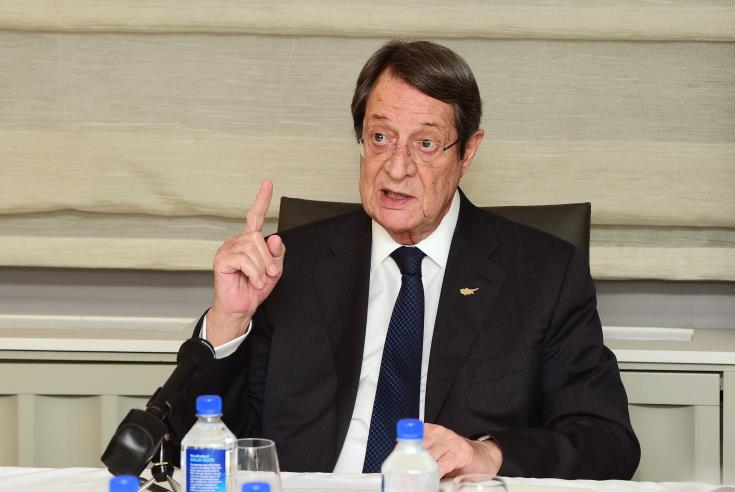 The President of the Republic Mr Nicoss Anastasiades leaves tomorrow, 27 April, for an official visit to Tallinn, Estonia, accompanied by his spouse Mrs Andri Anastasiades and a delegation of government officials.

In Tallinn, the President of the Republic will be officially welcomed by the President of Estonia Mr Alar Karis, at the Presidency Headquarters, on the morning of 28 April. They will then hold a private meeting followed by expanded talks between the delegations of the two countries. The two Presidents will then make remarks to the Media.

Among the issues to be discussed at the expanded talks, in addition to the bilateral relations between the two countries, are the current situation concerning the Cyprus problem and the ongoing Turkish provocations against the Republic of Cyprus both in the Republic’s Exclusive Economic Zone and on the ground, the situation in Ukraine, the EU-Turkey relations, energy security, green and digital transition, and migration.

On 29 April, President Anastasiades will meet with the Prime Minister of Estonia Mrs Kaja Kallas.

During the meeting, the President and the Prime Minister will sign an updated Memorandum of Understanding between Cyprus and Estonia in the field of Digital Cooperation.

The amended Memorandum will include,  among other things, new areas of cooperation and supply of expertise, with regard to issues of digital transformation and reform of the Archive of Population and Social Insurance, as well as the development of a cybersecurity framework and the amelioration of the life cycle of the projects.

The President of the Republic and the members of the Cypriot delegation will then visit the installations of the cyber security company, CybExer Technologies.

On the sidelines of the President’s visit, Deputy Minister for Research, Innovation and Digital Policy will hold separate meetings with the Under Secretary for Digital Development Mr Luukas IIves, and with the Executive Director and Chairman of the Management Board at the Estonian e-Governance Academy Mr Hannes Astok.

President Anastasiades and the Cypriot delegation will return to Cyprus on the evening of 29 April.

By gavriella
Previous article
Where to go for a free rapid test, if eligible, on 27 April
Next article
Beijing shoppers clear store shelves as district starts mass testing