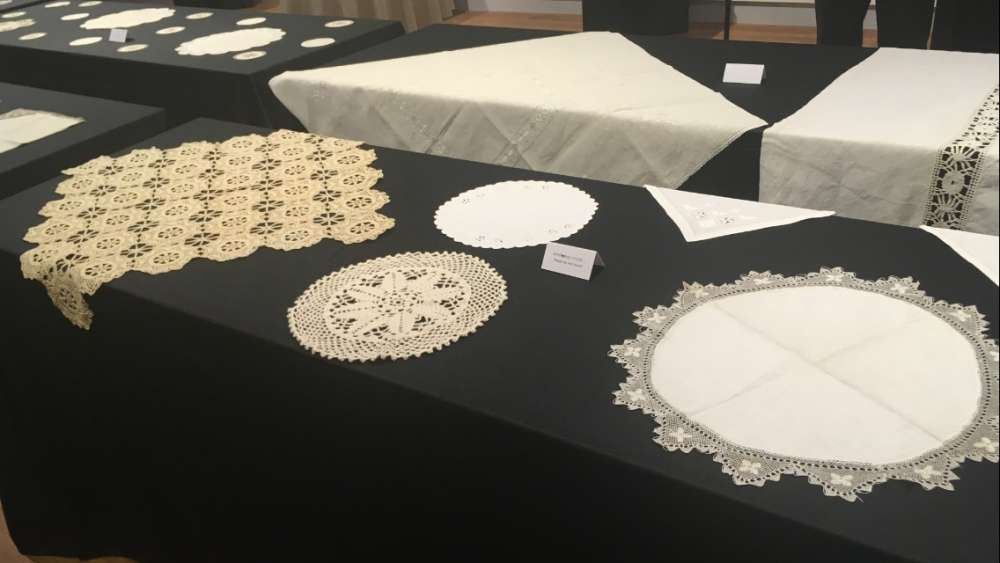 On Thursday, April 19, 2018, the Japanese Club Nippon, in cooperation with the Consulate General of Cyprus in New York, successfully organized the exhibition “Lefkaritika Laces: From Cyprus, a beautiful island county in the Mediterranean.” The Consul General of the Republic of Cyprus in New York, Ambassador Vassilios Philippou, inaugurated the exhibition, that exposed more than 50 Lefkara laces.

In his opening remarks, the Consul General of Japan, Ambassador Reiichiro Takahashi, expressed his enthusiasm for the Cypriot handmade Lefkaritika laces and their history. He also gave his promise that he will visit Cyprus very soon.

In his speech, Mr Philippou welcomed the attendees and thanked the Nippon Club for organizing the exhibition. He emphasized the tradition of lace-making in the village of Lefkara in Cyprus dates back to at least the fourteenth century and has been passed down from generation to generation. He pointed out that the laces represent an authentic Cypriot culture.

“According to tradition, in the 15th century, Leonardo da Vinci visited Cyprus and took a Lefkara lace back to Italy with him, which today decorates Duomo Cathedral in Milan”, Mr Philippou said. In 2009, the Lefkara laces or Lefkaritika are officially inscribed on the Representative List of the Intangible Cultural Heritage of Humanity of UNESCO, he concluded.

By In Cyprus
Previous article
AMITYVILLE: THE AWAKENING
Next article
Cyprus Waterfalls: A feast for the eyes