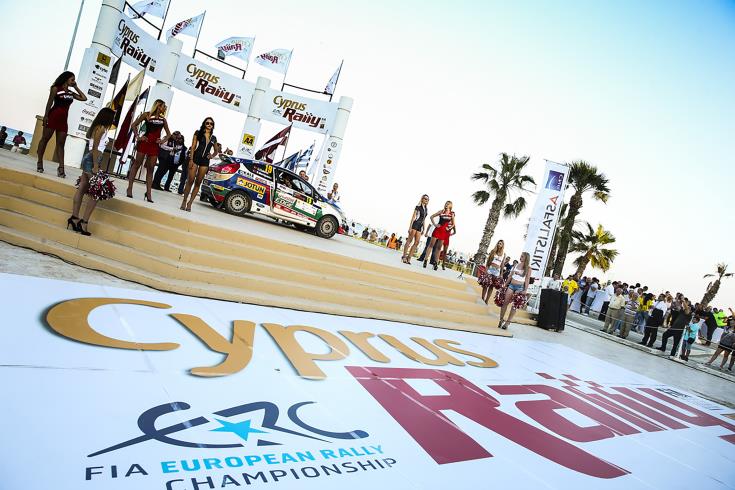 The 2019 Cyprus Rally officially starts on Friday at 1900 local time (1600 GMT) at the beachfront of Foinikoudes in Larnaca.

According to a press release, issued by the 2019 Cyprus Rally, the Rally has been underway, unofficially, since last Tuesday with crews performing test runs, as well the expected reconnaissance of the stages.

The official procedures began on Friday morning with the free practice stage as well as the qualifying stage which will determine the order in which the top cars will begin the rally. This performed on a 3.53km stage at Geri, just outside of Nicosia.

The Number Selection Process will take place at the Journalist’s Home building in Nicosia, at 13:30. Then, at 19:00 at the beachfront of Foinikoudes in Larnaca the Start Ceremony will take place, after which the cars will return to the capital and to the Service Park where they will wait overnight for the battle to begin, since there will be no rallying to be done for the rest of Friday night. The action is set to begin on Saturday, the 28th of September. Cars and crews will start their 683.14km marathon, 199.76km of which are twelve exciting and long Special Stages.

The first part of the event consists of six special stages (two which are to be repeated in each loop) with a total length of 94,14km. The final stage of Saturday will be none other than the Super Special Stage in the heart of Nicosia. A stage which has become synonymous with our event, taking place on the streets of the capital, managing to connect, even for a while, the divided city. Following that, the remaining crews will return to the Service Park and wait for the Sunday action, which will include six special stages (three stages repeated in the afternoon loop). After that, all cars are to head straight to Larnaca and Foinikoudes for the Finish Ceremony.

The change of the date on which the event is held, from June to September, allowed for the inclusion of the famed mountainous special stages, with the character of our rally shining even more through them. Moreover, the event is of particular importance with three drivers fighting it out for the European Rally Championship, with our rally being the penultimate event of the year.