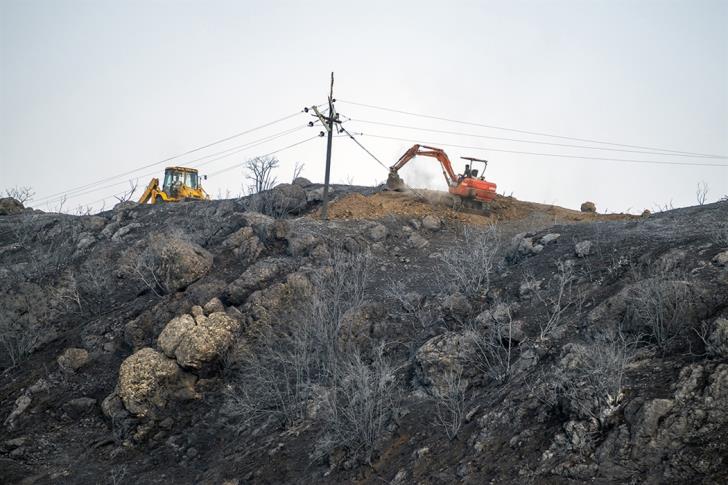 Ten villages in Larnaca and Limassol districts are still without electricity following the huge forest blaze in Cyprus which broke out on Saturday and came under control early on Monday.

Dozens of power poles as well as transformers and electrical equipment were destroyed during the ferocious blaze – something that made efforts to put it our even more difficult.

Speaking to Phileleftheros, the Cyprus Electricity Authority’s Christina Papadopoulou said that about 70% of burnt areas have been inspected to see exactly where the damage was recorded.

And that EAC crews still have no access to some areas.

“Unfortunately we do not have access but before we can inspect and start repairing damages recorded  roads must first be opened so that the EAC vehicles can drive through,” she also said.