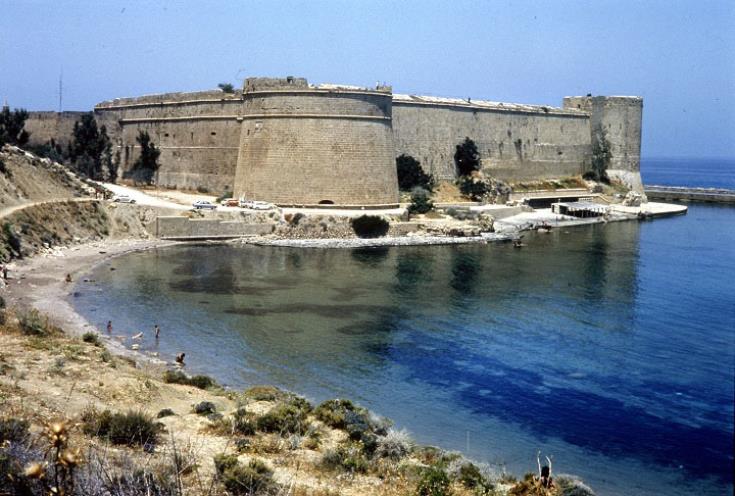 The Bicommunal Technical Committee on Cultural Heritage is set to discuss Thursday the issue of Greek Orthodox icons and other religious artefacts, which are kept in the castle of Kyrenia since the 1974 Turkish invasion.

Hadjidemetriou also said that 3 or 4 years ago, the Committee visited the storage area in the Kyrenia castle and observed that access was only permitted to authorized personnel. He noted however the lack of air-conditioning in the rooms.

According to Hadjidemetriou, no particular problems were observed during the visit, he said however that many years had passed since then. He was not able to make any comments regarding the current state of the artefacts.

Philotheou said the fact that all these items remain stored there is positive, he noted however that storage conditions might not be ideal.

The items remain property of the Church of Cyprus, he went on and expressed hope that they will be returned soon.

The Curator also noted that a large number of icons has been lost since the 1974 Turkish invasion, nevertheless there is no record of the total number.

The destruction of cultural heritage is a great tragedy and a loss not only for Cyprus, but for the European civilization in general and it is our duty to preserve it, Philotheou concluded.

According to the Department of Antiquities, 197 ancient monuments are registered in the occupied part of the island, based on the Cyprus Antiquities Law, while the procedure was left incomplete for hundreds of other monuments and archaeological sites due to the Turkish invasion.

Museums in occupied Cyprus have been looted, while ecclesiastical icons, frescoes and mosaics have been removed from churches and in many cases have been traced in Europe’s illegal antiquities trade markets and in auctions around the world.