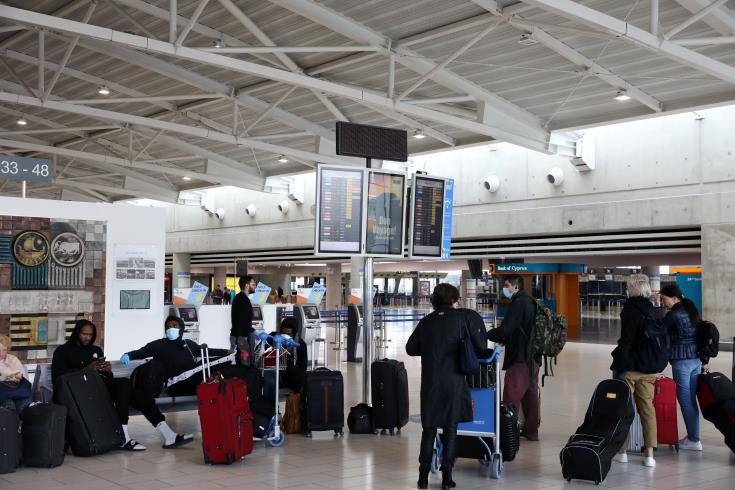 Member of the team of health experts advising the government on Coronavirus Dr Maria Koliou said that the group are now examining the measures for the reopening of airports in June following relevant instructions by officials.

Transport Minister Yiannis Karousos had said on Thursday that a ministerial committee has been set up to prepare a plan of action for the gradual resumption of flights envisioned in stage 3 of the government’s lockdown exit roadmap from June 9, adding that the plan will be submitted to cabinet at the end of May.

Koliou said that there will be stringent conditions for entry into the country of foreign visitors, emphasising that it is important that lockdown restrictions are lifted gradually.

“There will be very strict criteria for tourists arriving in Cyprus when airports reopen. We are already drafting the measures, as is the European Union. This is something that really concerns them because if a country manages to contain the situation and then infected tourists arrive it is easy for the virus to resurge. You cannot quarantine a tourist for 14 days. They come here to rest, relax and enjoy their holiday. Therefore, it is up to us to set those prerequisites that will ensure safety in our country,” Koliou noted.

With the measures, she added, there will be some control over incoming visitors, stressing that the rating of the countries they will be flying from at the time of travel in relation to the virus will be taken into account.

Referring to testing before the visitors come to Cyprus, she said that countries need to be convinced to do so unless it is a safe country like Greece and other small European nations that have managed to control the virus to a large extent.

“We still have another month for this issue. I believe that by then, epidemiological indexes will have shifted in many countries. We will also look at what other countries are doing and adjust accordingly to remain aligned,” she said.

Asked about the reopening of checkpoints, Koliou said that the scientific team have not yet discussed the matter, mentioning that they are expected to open in the framework of the resumption of connectivity at airports.

Meeting at the Presidential Palace on Friday

Koliou said that the epidemiological situation will be reviewed at a Presidential Palace meeting with the team of experts under President Nicos Anastasiades on Friday, during which an assessment of the first two weeks of Phase 1 of measure relaxation will take place.

“We will have completed two weeks this Friday from the first day of measure relaxation. Therefore, we need to assess the situation in view of Phase 2 of the gradual lifting of restrictions,” she explained.

Koliou said that so far the results are within the epidemiological parameters that have been set, adding that “we need a few more days to have a clearer picture on where we stand.

“It seems that things are going well, although there are reports that many people have started to not be as disciplined. I hope this is not the norm as it will reflect on the indexes causing a regression. If this happens of course, the state will have to impose targeted lockdowns,” she said.

The situation in schools was handled well

Koliou said that the reopening of schools was handled well, noting that children behaved maturely and adhered to measures.

“The schools situation will work well given that all necessary measures are taken and teachers are well organised.

“The reopening of schools with final year secondary pupils on Monday was helpful. It wasn’t a lot of children and it will help us see to what extent measures are adhered to and what needs to be fixed so that we can adjust accordingly as we go along,” she said.

No-one knows if a new wave is coming

Asked if there will be a resurgence of the virus, Koliou said that there is no way of knowing.

“There are predictions, mostly from epidemiologists abroad, that there will be a second wave. If it happens abroad it will happen here too.

“The percentage of the population with immunity is very low, so if there is a resurgence, some will be vulnerable.

“But we are already very experienced. We already know the measures we need to take to control the situation anew. We are also starting to gain more clarity on the drugs that are most effective in treating the disease and at some point we will also have the vaccine, which will probably be ready in early 2021 in its proper form.”