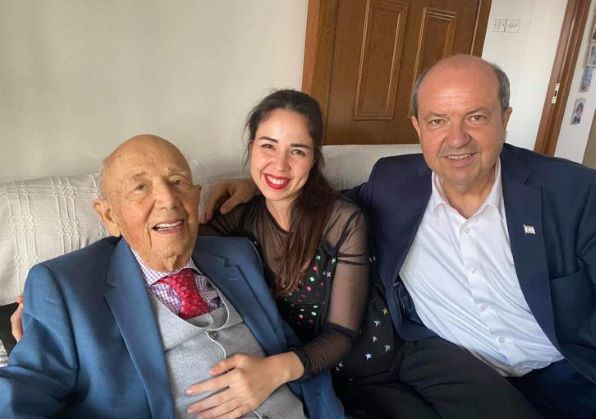 The Turkish Cypriot leader’s father Rustem Tatar passed away early this morning. He was 90.

His funeral was scheduled to be held later today, a close family affair due to pandemic restrictions.

Rustem Tatar was the first Auditor General of the newly established Republic of Cyprus taking over his duties on August 16, 1960, in accordance with constitutional provisions.

From 1955 through to independence, Tatar’s father held senior financial posts in the colonial civil service.

He was succeeded by Ioannis Stathis and a further five served the Republic throughout the 61 years, with the last Auditor General, Odysseas Michaelides, currently in office.

Rustem Tatar was born in 1930 and studied accounting at the University of Nottingham.

He also held the post of the Turkish Cypriot member on the Committee of Missing Persons.

President Anastasiades expressed his heartfelt condolences during a phone conversation with the Turkish Cypriot leader.

According to a statement by spokesman Kyriakos Kousios, Anastasiades and Tatar agreed to hold a separate one on one meeting in Geneva, beyond the official talks set up by the UN in the framework of the Cyprus issue conference.