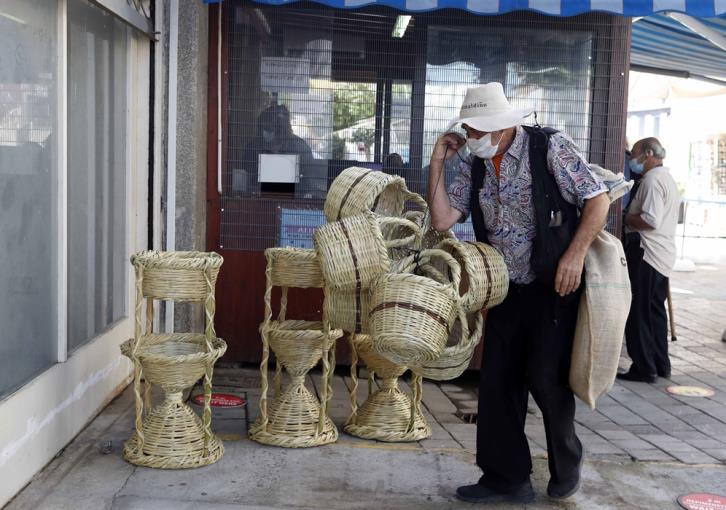 A 70-year-old Turkish Cypriot who had been selling his baskets in the government-controlled areas of Nicosia, was very happy today to be able to cross over after 463 days that the check point had been closed. The Greek Cypriot policemen at the check point were equally happy to see him. Initially, movement at the Ledra check point was subdued but is expected to increase in the afternoon. Some Greek Cypriots crossed over the buy medicines or for a stroll, Turkish Cypriots wanted to see Eleftheria Square or to see their friends. By gavriella
Previous article
Man wanted for theft and breaking in (PHOTO)
Next article
Muslims protest, demanding a place of worship in Limassol