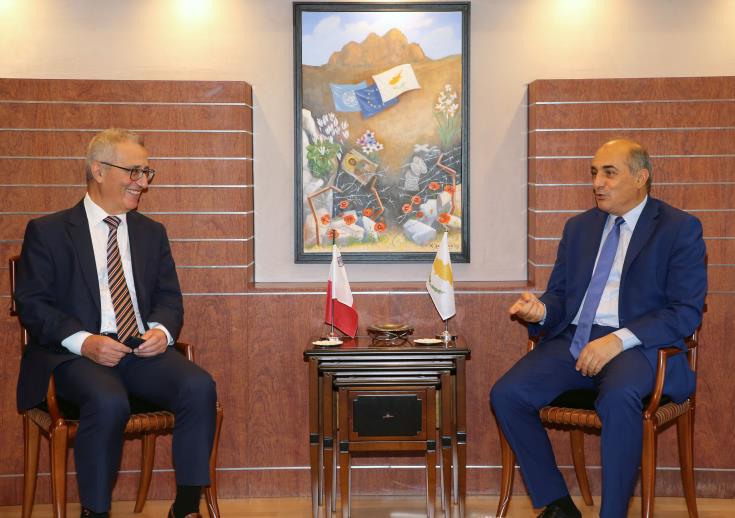 Acting President of the Republic and President of the House of Representatives, Demetris Syllouris, received on Friday Malta’s Minister of Foreign and European Affairs Evarist Bartolo who said Malta wishes a solution of the Cyprus problem based on international law.

Bartolo, who is on a working visit to Cyprus, also referred to the migration issue, and both sides agreed on the necessity for more solidarity with front-line countries, such as Cyprus and Malta, and the adoption of a joint European approach based on a fair sharing of the burden among EU member states.

According to a press release, Syllouris referred to the close cooperation between Cyprus and Malta noting that as small island states the two countries depend on international law to defend their rights and interests such as Turkey’s mounting provocations.

Bartolo said any differences should be resolved based on international law, and expressed his wish for the reunification of Cyprus and the solution of the Cyprus problem on this basis.

By In Cyprus
Previous article
Covid-19 fatality rate in Cyprus at 1.9%
Next article
Police guidelines for Saturday’s planned protest in Eleftheria Square