Sushi, sashimi, or both? A true taste of Japanese sea perfection in Cyprus

Japanese cuisine is world-famous for good reason, loved by gastronomes across countless countries and continents. Renowned for its stunning presentation and incredible health benefits, it’s also packed with unique flavors from the Far East and artful seasonal ingredients. Traditional Japanese cuisine is so respected around the globe that it even holds a special place on UNESCO’s Intangible Cultural Heritage list.

Hardly surprisingly, sushi is hands down, the most famous and popular Japanese dish of all. But despite its incredible global popularity, sushi is often completely misunderstood. First and foremost, the history of the dish is often the subject of much confusion. Unbeknown to many, sushi does not originate from Japan. It was first created out of necessity in the Baiyue paddy fields of ancient southern China between the 5th and 3rd centuries BC. As the farmers in the region tried to preserve the fish that they caught from the nearby river, they invented a simple dish consisting of fish fermented with vinegar, salt, and rice. And this in turn sheds light on another little-known fact – sushi literally translates to ‘it is sour’ because of the vinegar rice used for decades in the process. 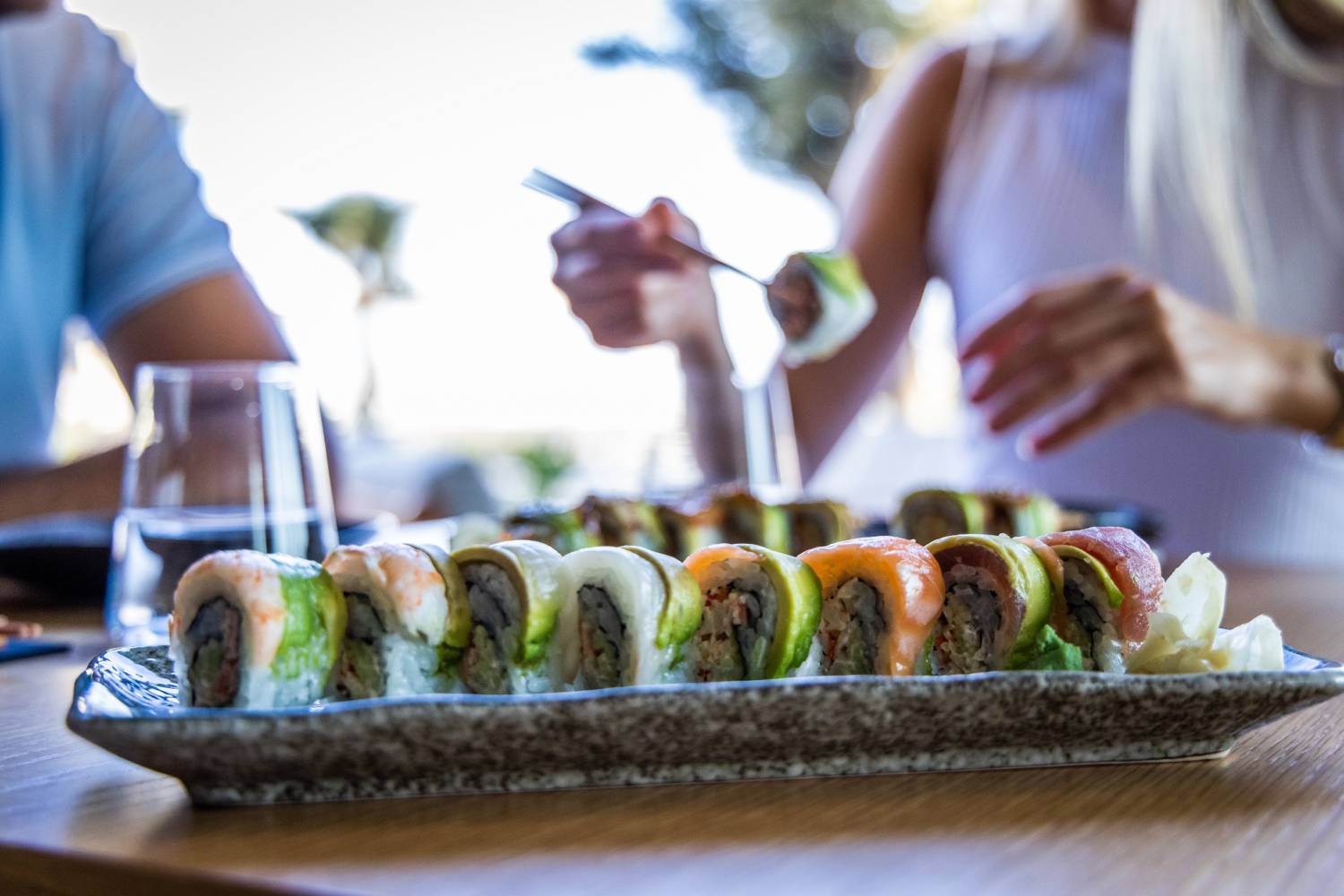 Boasting centuries of history all rolled into one, this ‘sour’ practice spread across Asia from China and is thought to have been introduced in Japan in the 8th or 9th century, fast becoming strongly associated with the country’s culture. Modern sushi as we know it today – raw fish and vinegared rice – was then invented by Hanaya Yohei in Tokyo around 1824 during the Edo period.

And here’s some additional food for thought. Contrary to popular belief, sushi is not always made with raw fish. Prepared in a variety of ways, vinegared rice can be accompanied by either raw or cooked seafood and different vegetables. A roll of sushi wrapped in seaweed and then sliced is commonly known as maki or ‘maki rolls’. Nigiri is another popular type of sushi, with fish delicately pressed by hand atop rice.

While Japanese cuisine and sushi go hand in hand, another star of the country’s culinary show also deserves our attention: satiating sashimi. Roughly translated, sashimi means ‘pierced body’ and refers to very finely cut raw fish that is often served alone, without any rice. On most menus, sashimi is usually a type of salmon or tuna, but can also be made with other seafood like mackerel, shrimp or octopus. Because sashimi-grade fish is of such high quality, it’s usually only accompanied by a side of soya sauce. 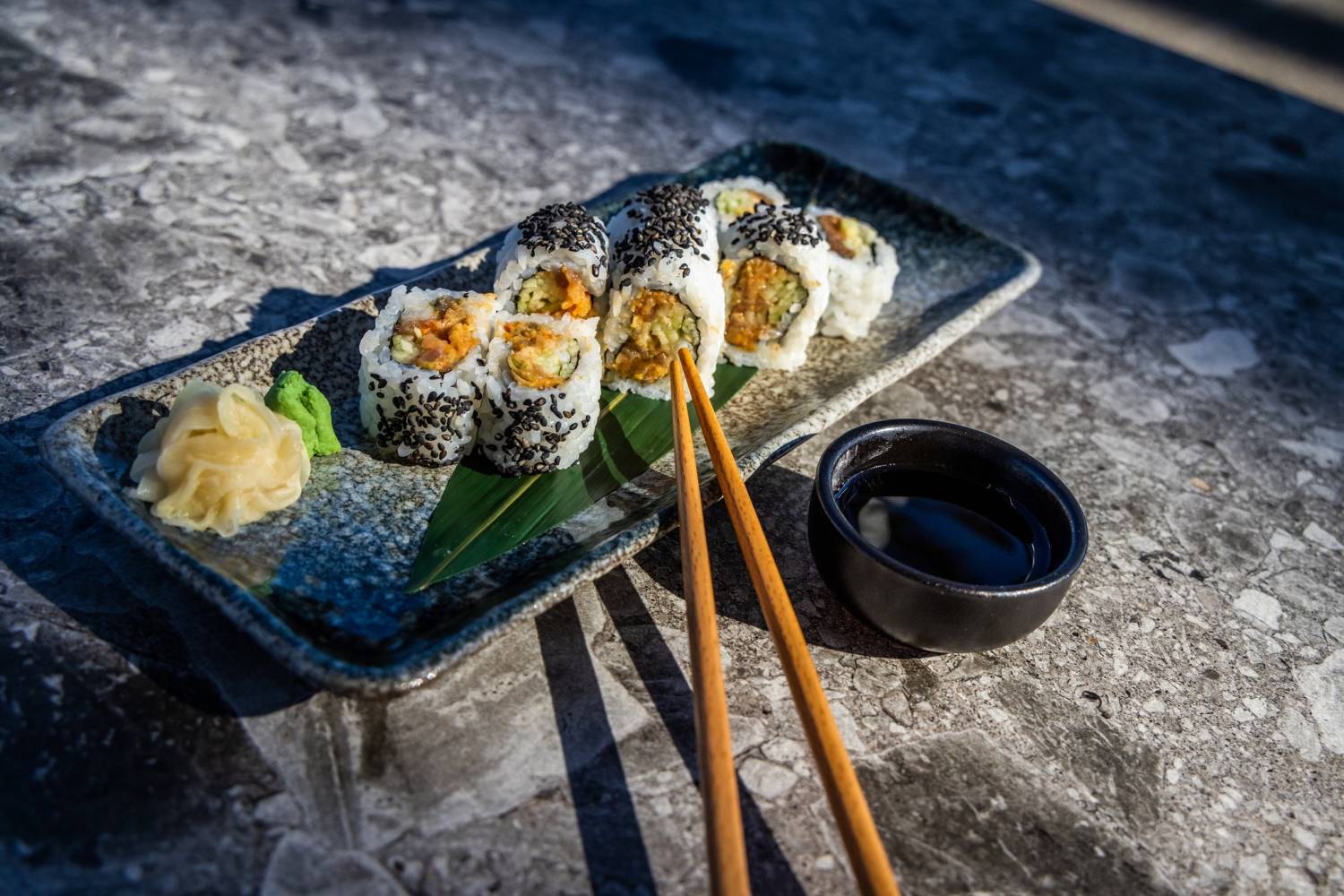 Whether you have soft spot for sushi or crave a slice of sashimi, sea perfection in Ayia Napa awaits at the incredibly chic Sushi Yama. Right in the heart of the Ayia Napa Marina Commercial Village, the new establishment offers lovers of Japanese cuisine an exciting new taste experience in a stylish yet casual environment. The outdoor area boasts stunning views of the surrounding marina, while the modern minimalist interior – enhanced with warm wooden touches and an inviting bar area packed with prime bottles of Japanese beer, sake and whisky – is reminiscent of a contemporary Tokyo ‘sushisho’. 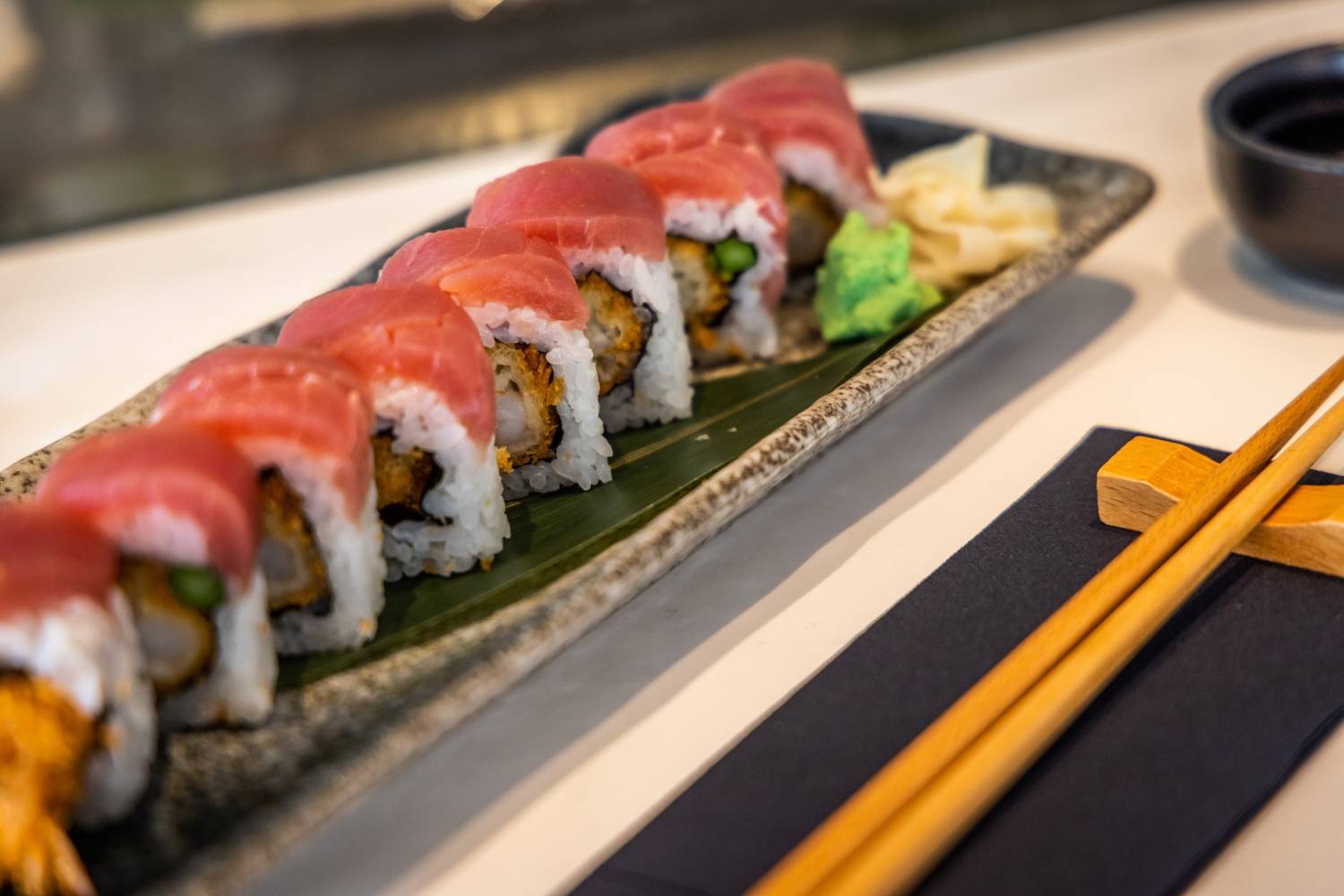 Whisking diners away on a memorable taste journey, with an ever-changing, seasonal, and artfully presented menu, sushi lovers are spoilt for choice. From the classic California roll to the crunchy crab meat roll and divine rainbow roll, the list goes on. The Nigiri selection is just as impressive and includes yellowfin tuna, salmon, shrimp, red snapper, salmon roe, sea bass and much more. Sashimi lovers can indulge in yellowtail, tuna or salmon alongside a wide variety of sides and accompaniments. Tempt your taste buds with poached edamame beans seasoned with Japanese chili powder and sea salt or devour the melt-in-your-mouth king prawn shrimp deep fried in light tempura batter and accompanied with a soy-based sauce.

And because no Japanese feast is complete without a sip of the country’s notorious rice drink, Sushi Yama has perfected the exotic taste experience with their Aoi Sake, made with the finest quality sake and a healthy twist of matcha concentrate, ginger, honey and soda. The Yuzu Sour is also a house favourite, made with Yuzu liquor and puree, lemon juice, grapefruit bitters and egg white, while the Yama Sakura also goes down a treat. The creative concoction combines Roku gin, Mancino Sakura Vermouth, lime juice, and pink grapefruit soda. Kanpai! 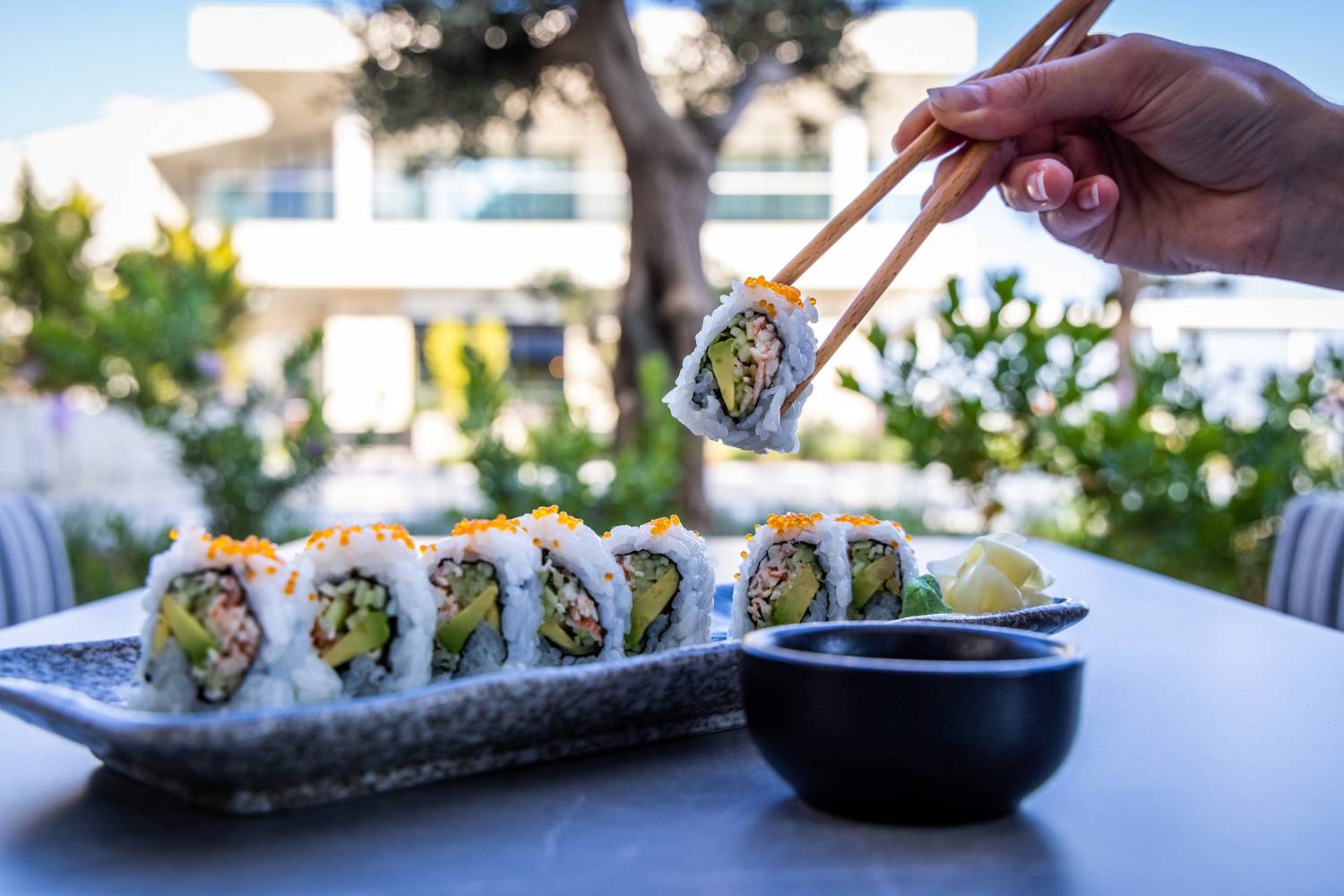 Embark on an exquisite culinary journey at Sushi Yama within Ayia Napa Marina every Tuesday – Sunday 16:00 – 23:00.