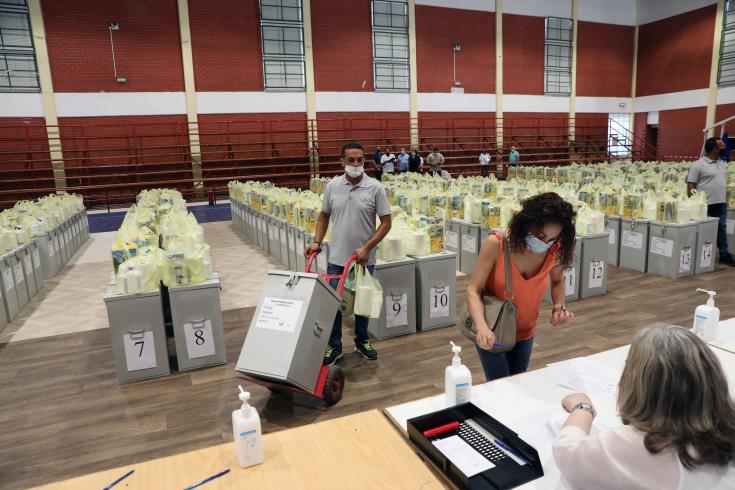 Sunday parliamentary elections will take place under strict health protocols while mobile polling stations will operate for patients with COVID-19.

In statements on Friday, Chief Returning Officer Costas Constantinou said that the number of ballots printed amount to 600,000, adding that the total number of registered voters amounts to 557,589, which is by 14,674 higher than in the 2016 parliamentary elections and is the largest electorate Cyprus has ever had in national elections.

Enclaved Greek Cypriots will also cross to the government controlled areas to cast their vote.

Turkish Cypriot voters amount to 712 and they will cast their vote in polling stations, together with Greek Cypriot voters, based on their place of residence and registration in the electoral roll. Detained will also be able to vote.

Regarding voters who are confirmed COVID-19 cases and therefore cannot go to the polls to exercise their right, they can instead, if they wish so, submit an application until 1800 today (aps.elections.moi.gov.cy) to register in a special voting list for their right to vote at their place of usual residence or at their place of hospitalization.

Replying to questions, Constantinou said that applications from COVID-19 patients continue to be submitted. Until now, he said, their number reaches around 80 applications.

The counting of votes will take place in the polling stations, immediately after the end of the voting. First results are expected to be announced before 7 pm on Sunday.