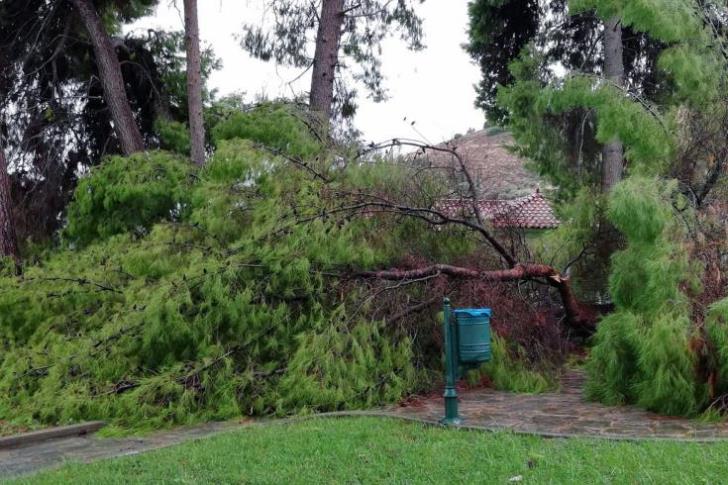 Strong winds and a sudden downpour in Paphos led to problems in the town, mostly from fallen trees and branches, the Cyprus News Agency reports.

It said that a fallen trees had damaged the car of CyBC’s film crew that was parked outside the camera man’s house in Kato Pervolia.

The Cyprus News Agency said that the fire service had to deal with three other cases of fallen trees, but there had been no other damage.

Heavy rains have caused serious problems in Larnaca where 11 fire service crews are working to pump water from flooded roads and premises.