Study: When will Covid-19 end in Cyprus? 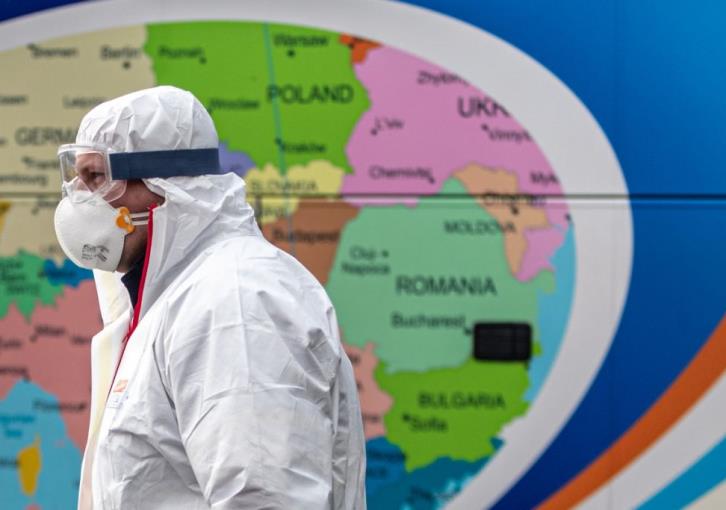 A Singapore University of Technology and Design study published on April 28 predicts the lifecycle of the Coronavirus pandemic in many countries, including Cyprus.

According to the findings, the pandemic peaked in Cyprus on April 5, while the virus is reported to have left the community by a rate of 97% on April 29.

The University predicts that by May 8 that percentage will reach 99% in Cyprus and will reach 100% on May 24.

The study reports that the pandemic will disappear from the planet by December 9, 2020.

The study’s predictions methodology is based on the life cycle of past pandemics and the factors that affect it as well as geographical particularities for each country.

“Such a life cycle is the result of the adaptive and countering behaviours of agents including individuals (avoiding physical contact) and governments (locking down cities) as well as the natural limitations of the ecosystem,” the author writes.

The study notes that the pandemic life cycles vary by countries, and different countries might be in different phases of the life cycles at a specific point in time.

“For instance, on April 21, in Singapore, Prime Minister Hsien-Loong Lee announced the extension of circuit breaker to June 1 in response to the spikes of COVID-19 cases, on the same day when Prime Minister Giuseppe Conte announced Italy’s plan to reopen from May 4.”

On this basis, the university’s scientists tried to predict the end of the pandemic for each country, but note that due to the developing nature of the virus and potential variations in political approaches by some governments, the curve, turning point and end dates will be constantly reevaluated. 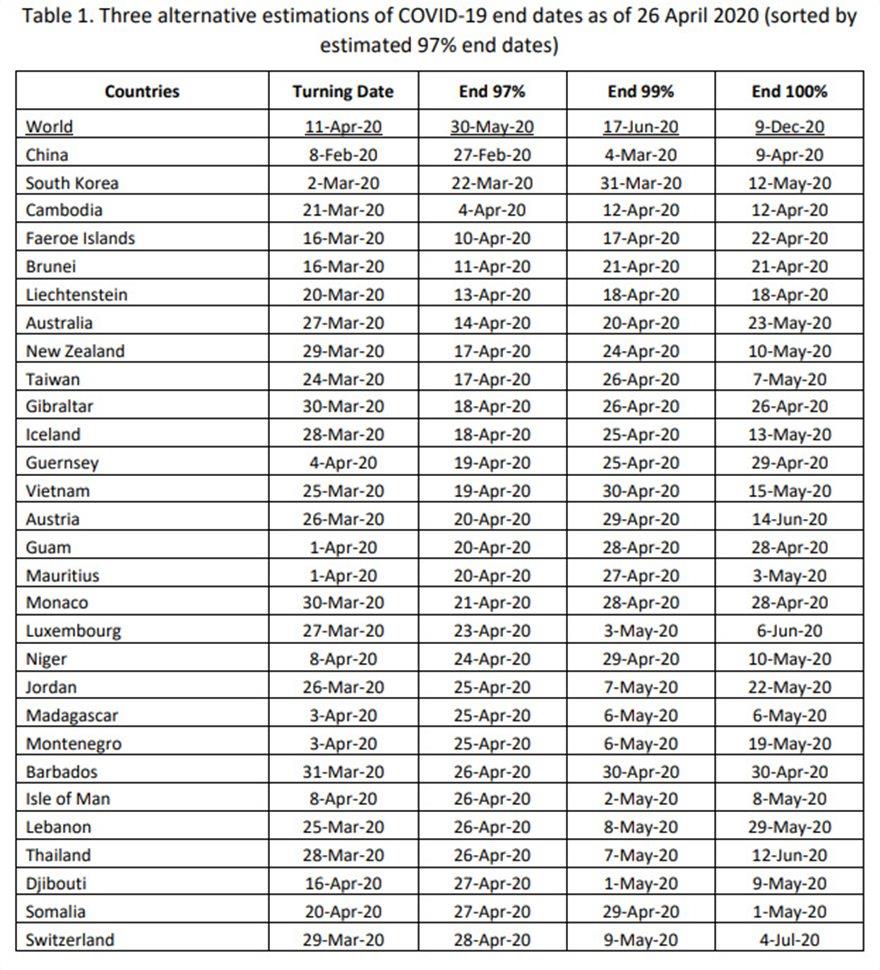 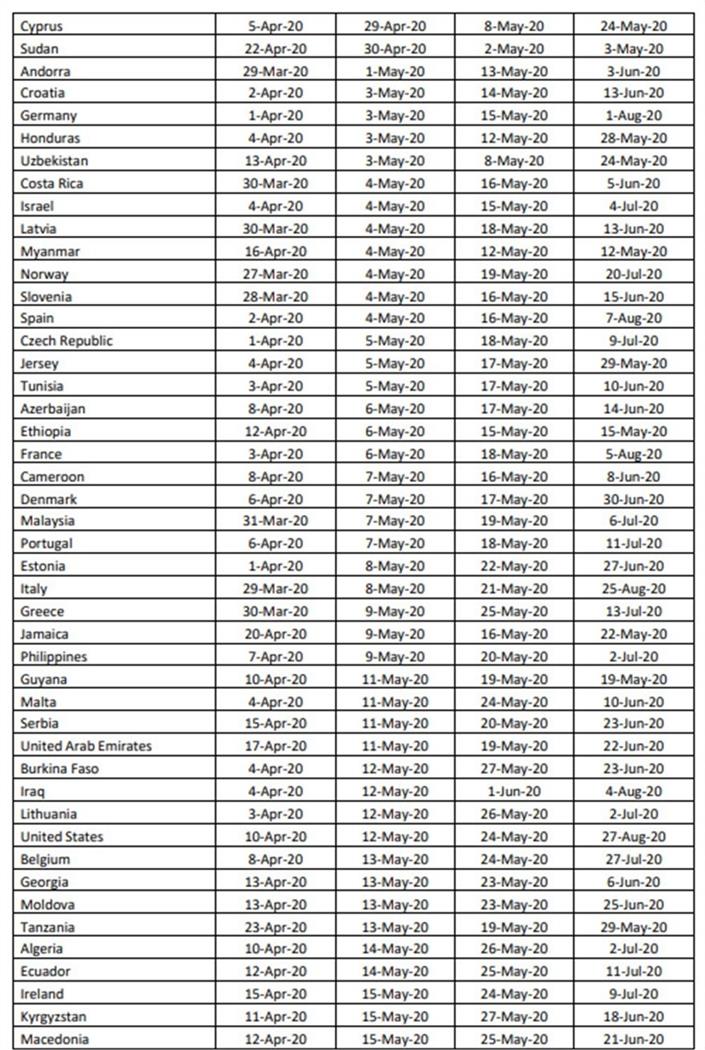 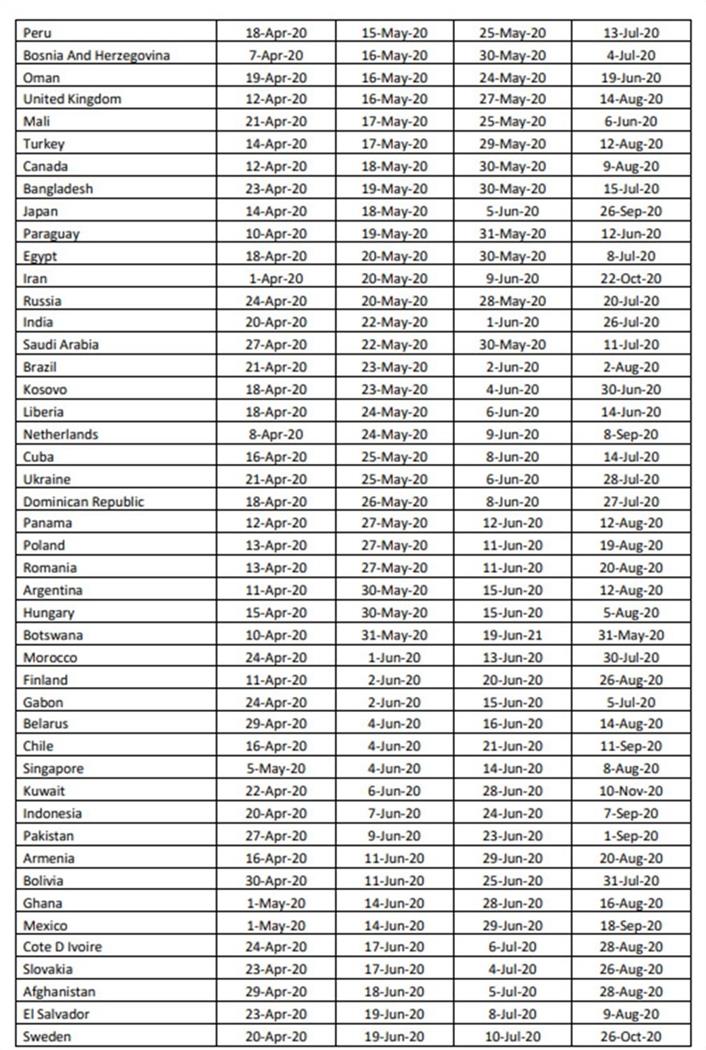 By Josephine Koumettou
Previous article
Ryanair passengers down by 99.6% in April, Wizz Air down by 97.6%
Next article
Groups of patients/citizens redirected to Public Health Medical Centres for the Covid test