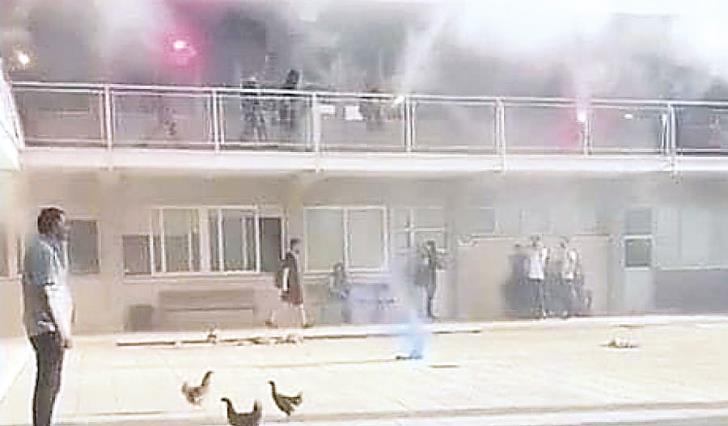 Students who took part in the Paralimni Lyceum unacceptable animal incident last Monday will face charges of breaking and entering a livestock farm, burglary of poultry and rabbits and animal abuse, Philenews reported on Thursday.

The report also said that police investigations are ongoing and those behind the act of throwing rabbits and chicken from the first floor of the school building could face up to a year in prison or a €1,701 fine or both – under the Animal Protection law.

There was a public outrage after final year students chose to ‘celebrate’ their first day back to school by hurling firecrackers and throwing the rabbits and chicken – some of which  reportedly got killed from the fall.

The incident was apparently planned and organised by the students who brought the animals to the school the night before with some reports also alleging that pigeons were also carried over but died due to the heat and asphyxiation.

A police spokesman has said that students over the age of 14 are legally responsible for their actions.