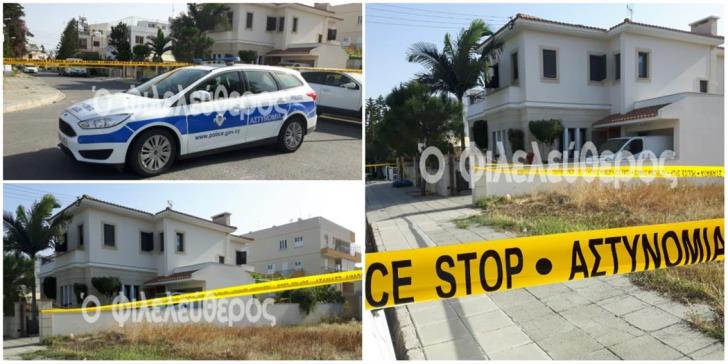 Loizos Tzionis, on trial for the murder of a school teacher and his wife in Strovolos in April last year, took the court and his lawyer by surprise on Thursday when he told the court that he wanted to change his plea.

Tzionis had initially confessed to stabbing Yiorgos Hadjigeorghiou and Dina Sergiou to death at their home during what police believe was a botched robbery. He later withdrew the confession and pleaded not guilty.

But during the start of Thursday’s court proceedings, Tzionis asked to address the court.

His lawyer Andreas Anastasiou asked for time to consult with his client as they had not been able to meet at Nicosia Central Prison where Tzionis is being held yesterday.

But the defendant insisted, saying “I do not need time.”

Asked by the court what he wanted to say, the defendant said “I want to change my plea to the charges.”

The court ordered a short break so that Tzionis could consult his lawyer.

After the recess, the lawyer asked for proceedings to be suspended so that he could meet with his client in the prison and discuss his request “to change the plea to some of the charges.”

He said he needed to explain “more issues” to his client and discuss what the defendant wanted his lawyer to convey to the prosecution.

Counsel for the prosecution Polina Efthyvoulou said that admissions under conditions can not be accepted. If the defendant had decided to plead guilty this was not an issue for the lawyers or the court, she said adding that she had nothing to say at this point.

She and the defence lawyers of the two other defendants did not object to proceedings being postponed to tomorrow.

The court today was due to rule on an objection from Tzionis’ defence lawyer on the statement given to police by the victim’s teenage son.

The trial resumes at 9 am on Friday.