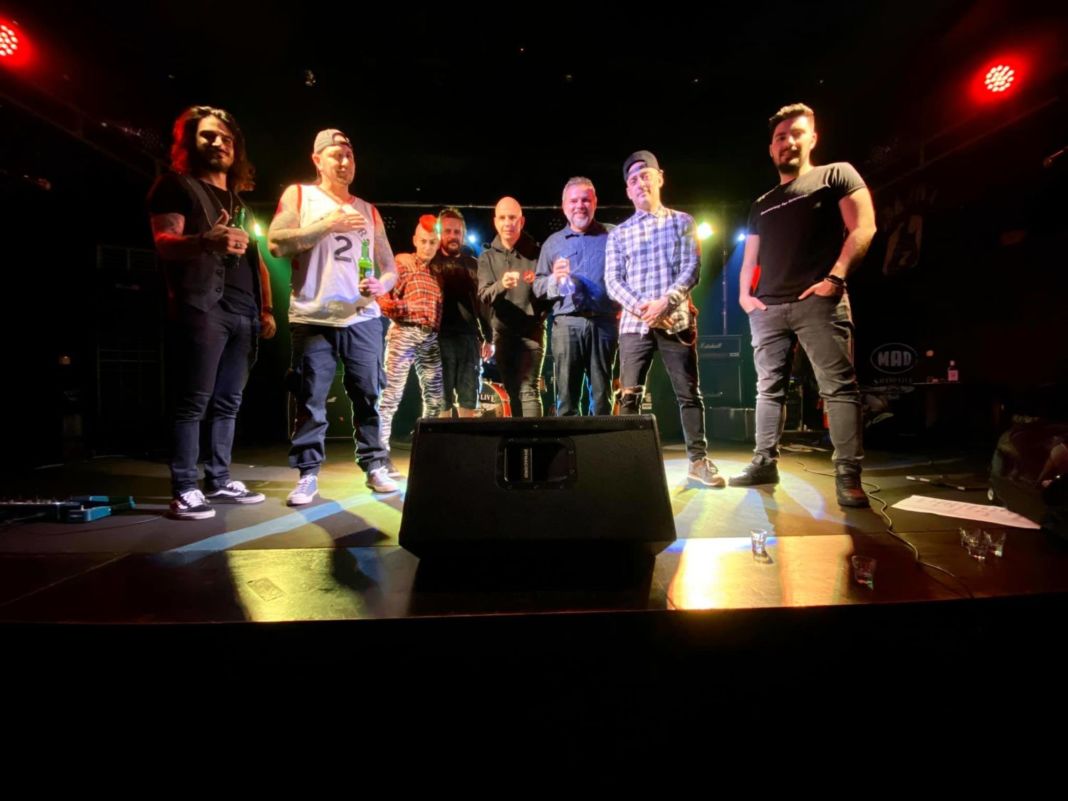 Like all artists not only in Cyprus but all over the world, Minus One, one of the best known rock bands in Cyprus, is suffering the consequences of the Covid-19: all gigs in the island have been cancelled.

But instead of waiting for the lockdown to end, the band, made up of Chris Ioannides, drummer, Andreas Kapatais, singer, Harrys Pari, guitar, Constantinos Amerikanos, guitar, and Orestis Savva, bass, has decided to work harder, using social media as best as possible.

A few weeks ago, the band invited a guest at one of their successful internet concerts. The Italian singer Aba Chiara, who is well known to the band having performed with them already several times in Cyprus and Italy.

Minus One ft. Friends – We Will Rock You (Queen cover)

We made some new friends!! Here's another addition to our #StayHome videos. Thank you to ABA Chiara Marios Nikolaou Alexandra Phasaria Andreas Pouyioukkas , Evanthia Andreou , Rafail Zorzos The link (below) for band donations is always active! Thank you for the support!https://www.paypal.com/cgi-bin/webscr?cmd=_s-xclick&hosted_button_id=W55G3RJXVXFHL&source=url

The idea of having a guest, worked, and Minus One decided to launch a collaborative effort, asking all fans via FB if they wanted to participate in two songs.

“Mixing and matching recordings coming from all different sources, was an incredible challenge“ says Harry, who was responsible for the DIY video.

A few days ago, ‘We will Rock’ you by Queen was released, with the contribution of videos recorded by six volunteers.

The band’s take of one of the most famous rock music anthems starts almost amateurish, with all the guest singers, then  gains momentum with Brian May guitar solo, to then explode in a great variation and a second superb guitar solo.

The public have shown its appreciation, as the video  clocked 100,000 views in the first four days, which is a band record.

And it is currently growing at a speed of 2000 additional views per hour, making it the first viral video the band had since the release of Alter Ego in 2016.