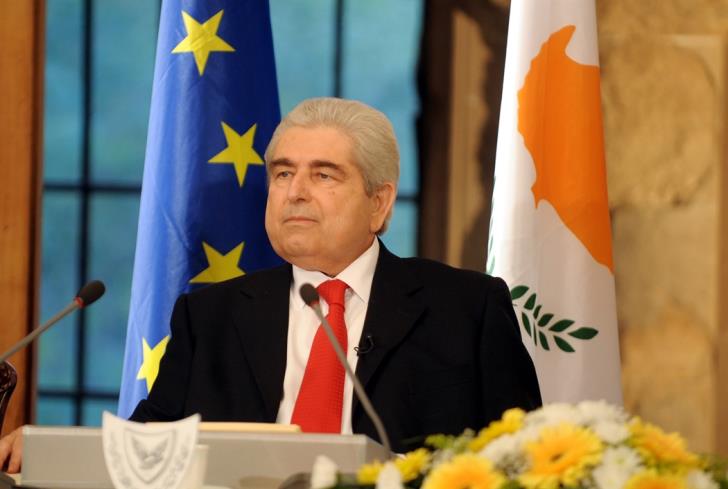 A state funeral will be held for former president Demetris Christofias on Tuesday afternoon in Nicosia, it was officially announced on Saturday.

Christofias, who died on Friday at the age of 72, will be buried with the honours bestowed on a President in office, Cabinet decided during an extraordinary meeting on Saturday morning.

It also declared a period of national mourning from today to the day of funeral, during which flags at public buildings and schools will fly at half mast and no official state events will be held.

The day of the  funeral has been declared a holiday for the public sector.

Prior to the start of the meeting, cabinet held a minute’s silence.

Earlier, Akel general secretary Andros Kyprianou said that the public will be able to pay their last respects to the former president at the Peo trade union confederation headquarters in Nicosia between 9 am and 3 pm on the day of the funeral.

Tributes have been pouring in for the former president who died at Nicosia Hospital’s ICU unit where he had been hospitalised for a month with acute breathing problems.

His doctor Michalis Minas told CyBC that Christofias had battled several health issues over many decades, including a heart attack and a kidney transplant, but had battled on with resilience and courage.

Christofias was president of Cyprus from 2008 to 2013, and prior to that headed Akel, the moderate Communist party which is one of Cyprus‘ largest.

He did not seek re-election in 2013 after his presidency was jolted by a financial crisis for which Cyprus required an international bailout.

It was on Christofias’ watch that munitions confiscated from an Iranian tanker destined for Syria exploded while being stored at Mari naval base, triggering the island’s worst peace-time disaster and killing 13 people.

Also during his presidency, Cyprus began prospecting for hydrocarbon reserves off its coast, making its first natural gas discovery in 2011.

Christofias was a strong supporter of efforts to reunite divided Cyprus.

By In Cyprus
Previous articleCyprus named cheapest destination for British visitors for petrol and car hire
Next articleU.S. conservative group to launch attacks ads against Biden during Democratic debate