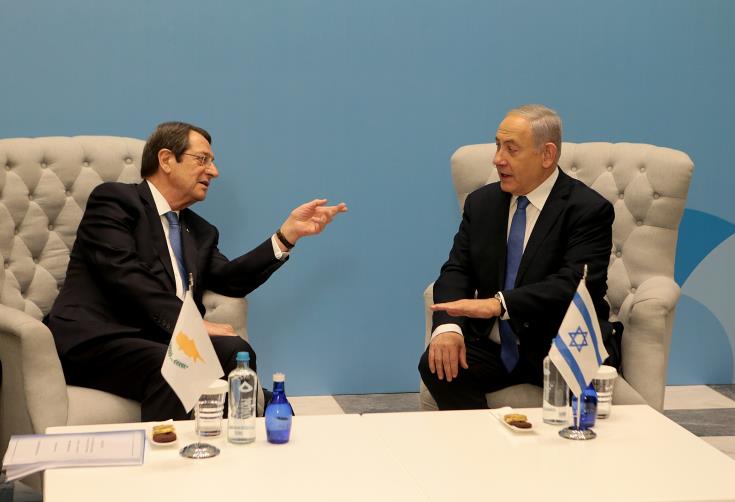 Government Spokesman Kyriakos Koushos said Friday that the forthcoming visit of the President of the Republic of Cyprus to Israel is of particular importance.

According to a presidency’s press release, Government Spokesman told the media that President Anastasiades will fly to Israel on Sunday, February 14, for a one-day working visit where he will have meetings with the country`s political leadership.

“The visit of the President of the Republic is considered to be of particularly importance, since after consultation with Prime Minister of Israel Benjamin Netanyahu, a wide range of issues of interest for the two countries will be discussed, to further strengthen and deepen bilateral relations on issues of common interest, such as Foreign Politics, Defense, Energy and Tourism,” he said.

He added that for this purpose, the competent Ministers of Foreign Affairs, Defense, Energy, as well as the Deputy Minister of Tourism will accompany the President during his meetings, while at the same time they will have separate meetings with their counterparts to discuss issues of their responsibilities.

He noted that President Anastasiades will have a meeting with Israeli President Reuven Rivlin at 10.30 on Sunday morning, while his meeting with Prime Minister Netanyahu will take place in late afternoon.

Koushos also said that following President Anastasiades` meeting with the Prime Minister of Israel and the statements they will make, the two leaders will attend a working dinner at the request of Prime Minister Netanyahu.

By gavriella
Previous articleChristodoulides, Dendias coordinate action in view of developments on Cyprus issue
Next articleBad loans in Cyprus down by €17 million at the end of October 2020