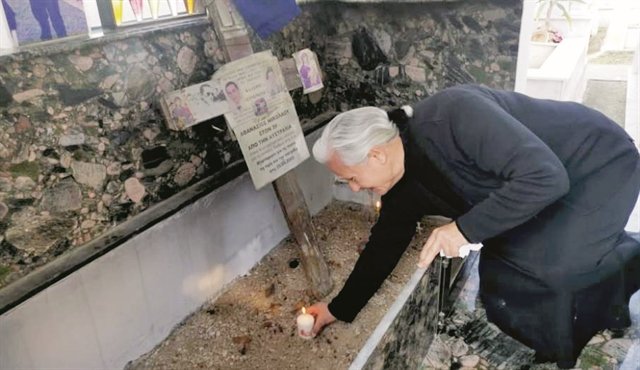 Specialized lab tests carried out in Greece showing that the disputed death of a Greek Cypriot soldier in 2005 was from strangling and not from suicide will be sent to the criminal investigator in charge of the case.

This is what the Law Office decided on Thursday  after examining the new findings on Thanasis Nicolaou’s ovoid bone.

Insiders told Philenews the report of pathologist Emmanuel Agapitos appointed by the Law Office to examine the bone shows a partial difference compared to the that by Greece’s Demetra Karayianni who was appointed by the family.

Agapitos’ conclusion underlines that it is possible the breaking of the bone took place while he was alive. This view can be interpreted in different ways, an insider also said, adding that this is the reason the Law Office  is to both reports to the investigator and take it from there.