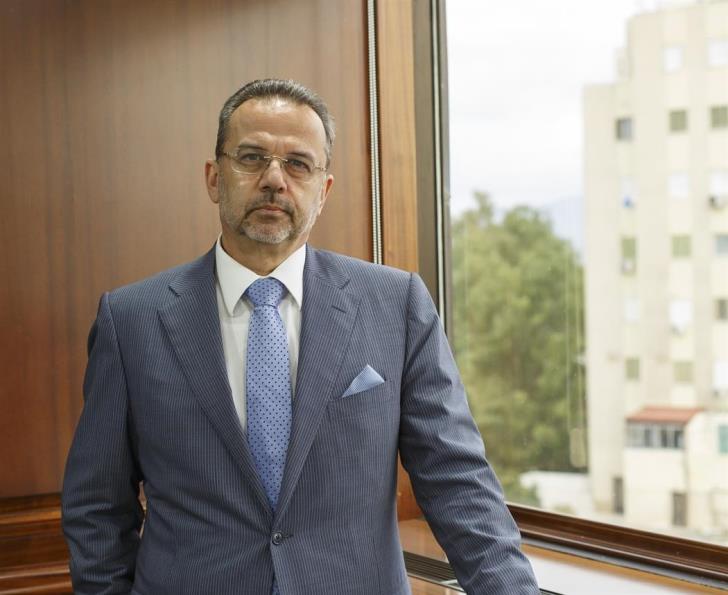 Kyriakos Kokkinos, Deputy Minister of Research, Innovation and Digital Policy, has spoken to CNA about the advantages and disadvantages of telework, noting that implementing it in Cyprus is possible, as long as it is the result of social dialogue, preparation and a change of culture.

Replying to a question on telework which became necessary during the pandemic and whether it could be established afterwards in Cyprus he says that telework has been around before the coronavirus and that it is a practice followed particularly by multinational companies and is part of the contractual relationship between employers and employees, adding at the same time that it is not a substitute of physical presence in the office.

Telework takes place on a voluntary basis, the right conditions must be in place and it must be an arrangement which benefits both sides, he notes.

Kokkinos says that there are two aspects of telework.

One aspect he explains has to do with organizing the way employees and businesses operate.

The other aspect, has to do with our experience during the pandemic when telework became a necessity in order to have operational continuity.

He explains that in both cases, telework must be on a voluntary basis and all provisions relating health and safety at work, as well as the security of the documents to be handled should be in place.

He gives the examples if the European Commission and the European Patent Office, noting that the provisions they have in place are extensive and similar to the ones which are implemented in the private sector.

“In order for this to take place in Cyprus and particularly in the public service, social dialogue must take place and there must be a change not just in technology but also in the contractual relations and even in culture,” Kokkinos stresses.

Asked whether as far as he knows there are thoughts of implementing telework partially in the public service, he says that his area of responsibility would be “to implement the technological part.”

He adds that many government departments are involved as well as social partners, the trade unions and employees themselves.

It is a collective discussion, if you wish, which needs to take place, a dialogue so that we can have an outcome, he says.

He replies positively to the question as to whether he believes this should take place.

Firstly, he points out, it is necessary to plan the operational continuity. If another pandemic or the same one resurfaces and we are obliged to work from home we need to be ready, he notes.

According to the Deputy Minister, this is our obligation to citizens, the state and employees.

Even if the need does not arise, now that we have witnessed the benefits of telework, he continues, I believe that under the right conditions “this dialogue must take place.”

This discussion has started taking place internally and informally, he says, adding that his suggestion has been to establish a working group to work on planning and to have the social dialogue so that telework can become an integral part of the way the public service operates.

Asked about whether he is aware of research indicating the benefits in productivity of telework, he says that much research has taken place and although results vary between companies, cultures and countries all of them conclude that “the benefit is huge.” Research has shown an increase in productivity between 22 – 24% and others until 60 – 70%, he adds.

Kokkinos also refers on the flexibility telework offers, since employees would not have to work during a specific timeframe but rather the focus would be on the results of their work.

Replying to a question as to whether he believes it is possible to have telework in the public service he says that “I am absolutely convinced that it is possible for specific roles, not for everyone.”

The Deputy Minister also refers to the dangers from telework. One of them may be that people working from home may risk destroying the balance between their work and social and family life, something he confesses he has not managed to keep.

Another matter which should be paid attention to according to Kokkinos is to have the right balance between employees’ physical presence in the office space and telework.

Physical presence in the office, he explains, means that colleagues socialize with each other, problems can be resolved face to face and people have a sense of physical cooperation which cannot be replaced by telework.

Asked about the next steps in Cyprus’ digital transformation Kokkinos says that that “it is high in the Deputy Ministry’s agenda.”

He explains that there are projects of the order of €280 million which are at the public tender stage or offers are under evaluation, while projects of a value of another €60 million are planned in the coming years.

The pandemic however, he explains, has paved the way for us to implement small projects using internal procedures to facilitate state serves to citizens and businesses. The Deputy Ministry has recorded so far 164 different such services.

Kokkinos also informs that the Deputy Ministry is working on a small scale implementation of e-justice, expressing the hope that until September we will be able to offer the legal profession and the judiciary the possibility of electronic submission of documents and payment of fees. It may even be possible to have specific judicial procedures electronically, he adds.

The Deputy Minister also speaks of a goal to have Citizens Service Centres to operate largely online, adding that the effort is to be able to offer as many services as possible gradually within the next 18 and 24 months.

By In Cyprus
Previous article
Border closures, pre-travel tests of little use against COVID-19 spread – EU agency
Next article
Without tourists, Europe’s luxury shops struggle to reopen in style