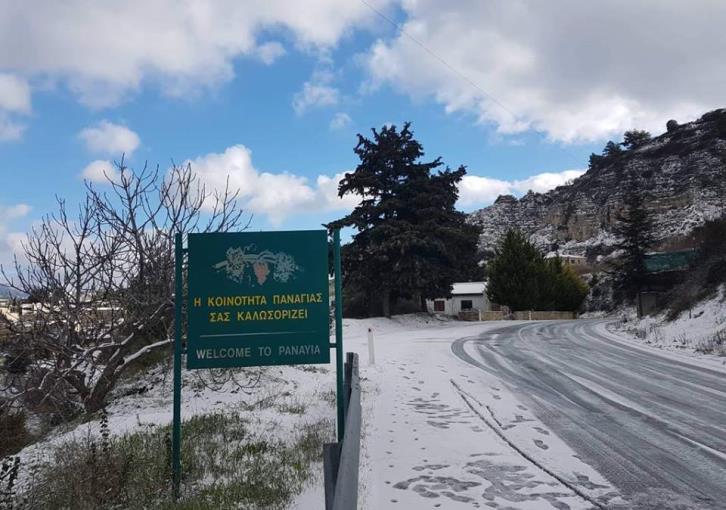 Residents of villages in the mountainous areas of Paphos district woke up to a snow-clad landscape after snow overnight covered Panayia, Statos-Ayios Photios, Kanaviou and other communities in eastern mountainous Paphos as well as the hilly villages of Kathikas, Tsada, Stroumbi and Polemi, Philenews reported on Wednesday.

It said snow has covered roofs, trees, cars and roads. 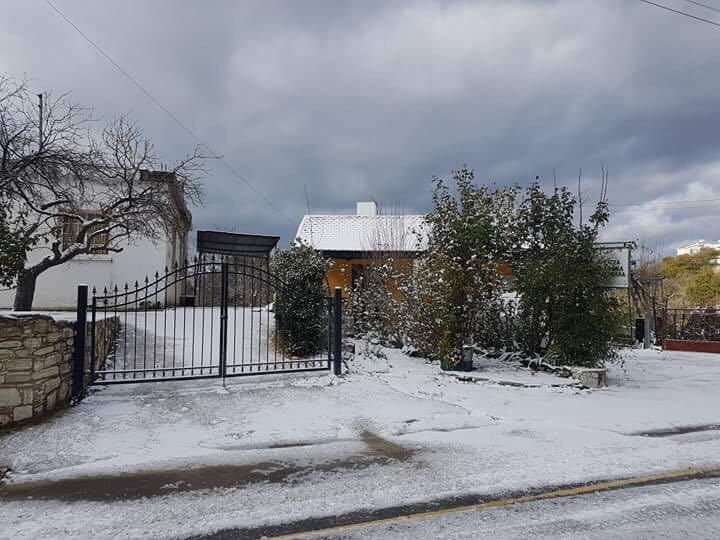 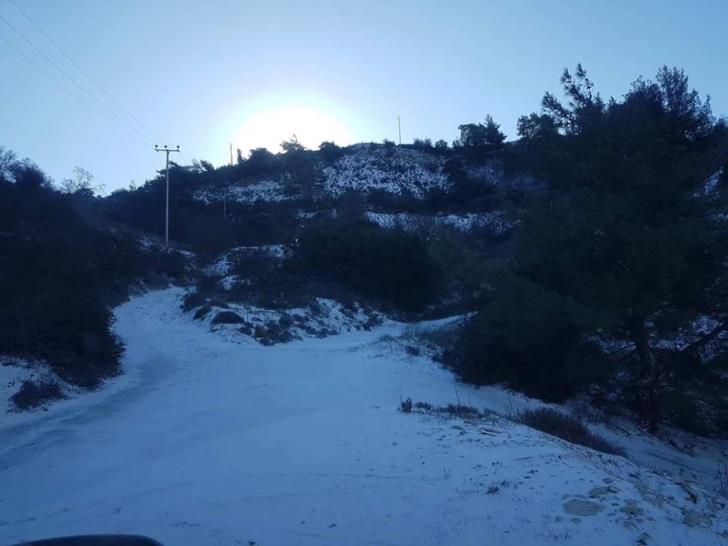 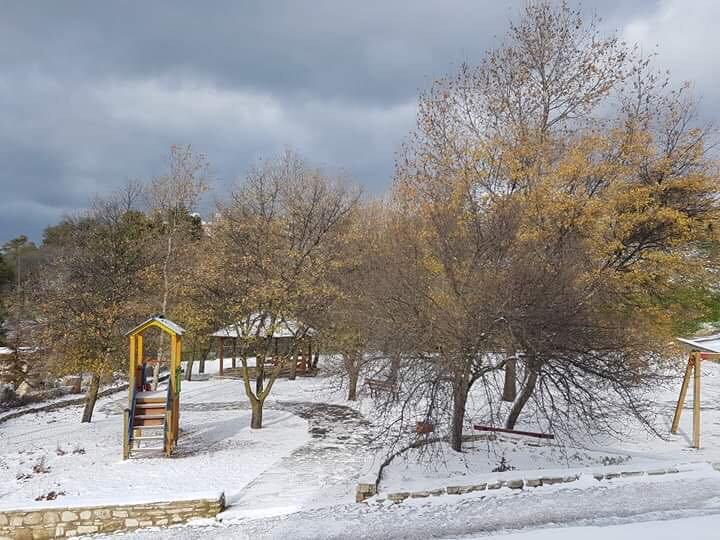 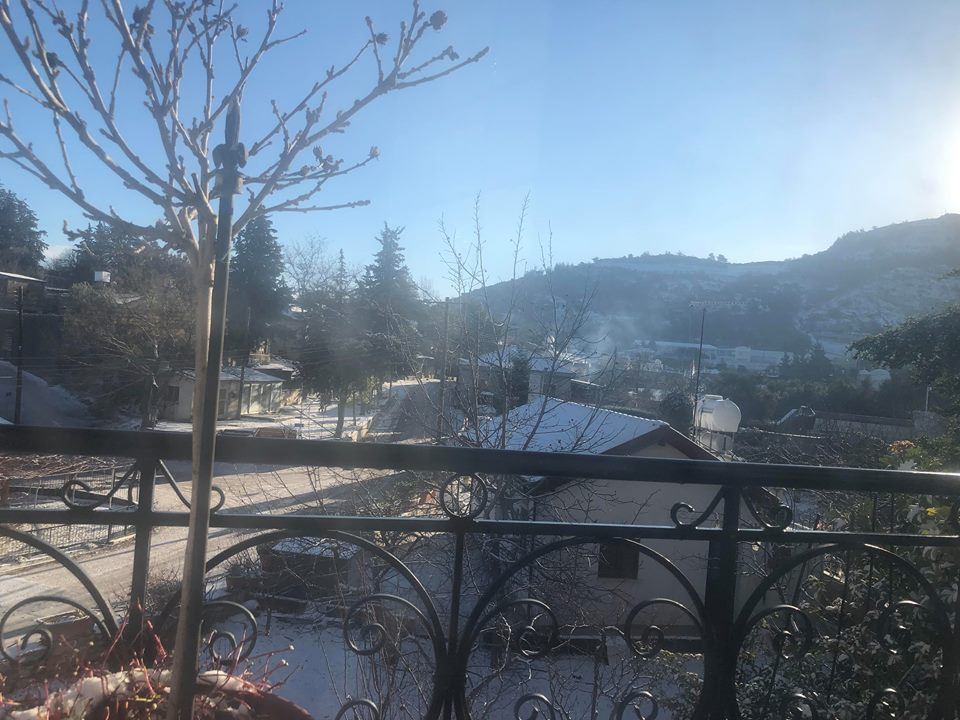 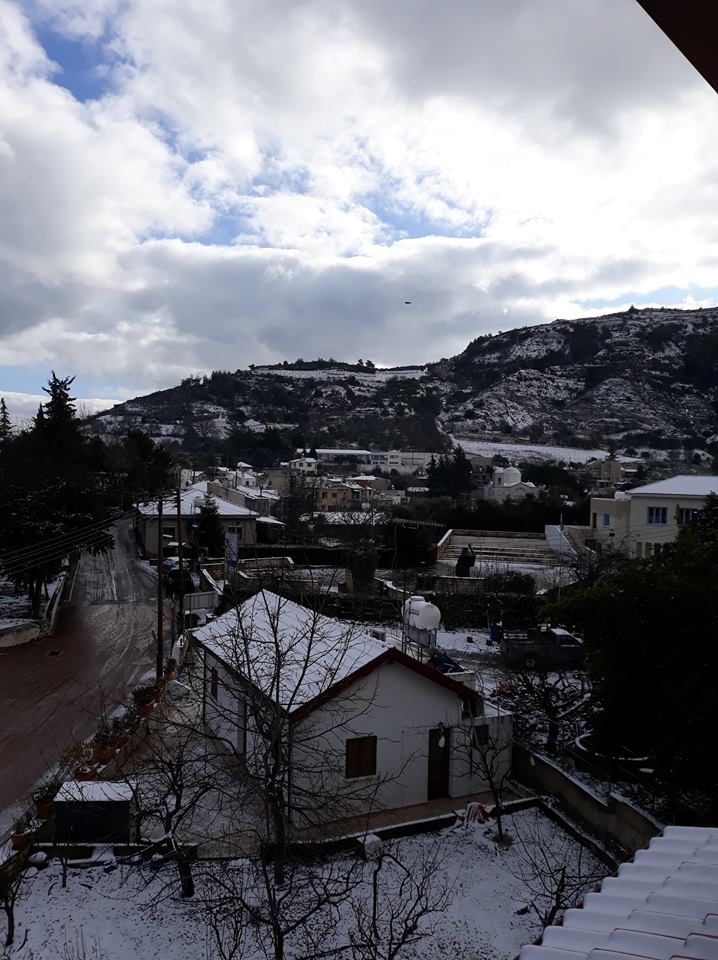 The weather has also taken its toll on the roads with mudslides and rockfalls at Stroumbi leading to a temporary problem for cars before they were cleared.

Power outages last night affected some Paphos communities such as Tala and Tsada while the  Amargetis-Kelokedara road is closed because of flooding of the Zyripilli river while flooding of the Xeros road has closed the Galataria-Salamiou road.