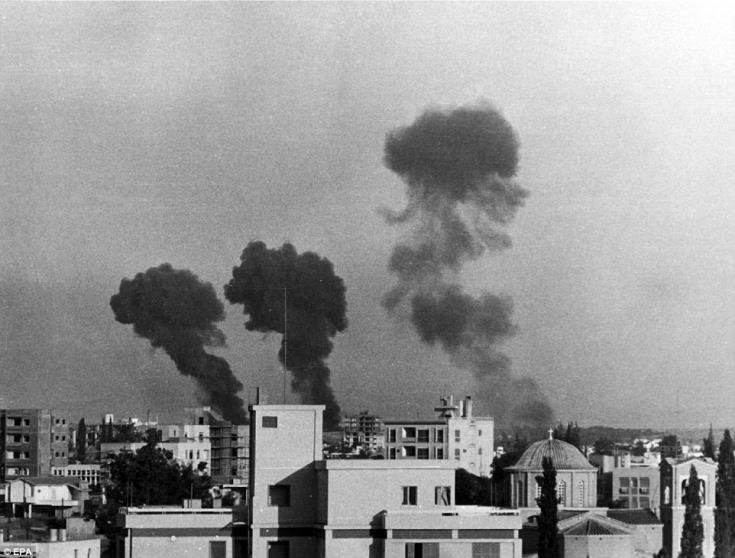 Sirens wailed on Friday morning as Cypriots marked the 44th anniversary of the Turkish invasion.

This island remains to this day divided, by virtue of the massive presence of Turkey’s military and Ankara’s stronghold on the Turkish Cypriots. Repeated UN-led attempts to reunite the country under a federal roof have so far failed, due to uncompromising positions maintained by the Turkish side, which insists on retaining its right of intervention, its role as a guarantor power and a military presence on the island.

Air-raid sirens sounded at 0530 local time (0230 GMT) when the Turkish invasion was launched and Turkish troops landed on the island’s northern shores. Thousands of dead, hundreds of missing, 200,000 became refugees as they fled the advancing Turkish troops, and enclaved Greek Cypriots in Turkish occupied Cyprus.

This morning, a memorial service for army officers and soldiers killed during the invasion will take place at Makedonitissa Tomb in Nicosia, in the presence of President Nicos Anastasiades.

An aircraft, similar to Noratlas transport plane which was shot down by friendly fire during the 1974 Turkish invasion, will be unveiled. All but one on board Noratlas aircraft, Greek commandos and crew, were killed during operation NIKI 4, in the early hours of Monday, 22nd of July, 1974.

Today a formal church memorial service will be held at Faneromeni Church in the old part of Nicosia, to be attended by the President and the political leadership. A series of other anti-occupation events will also take place during the day.

In the evening an event will take place at the Presidential Palace to mark and condemn both the coup and the Turkish invasion. President Anastasiades will be the keynote speaker.