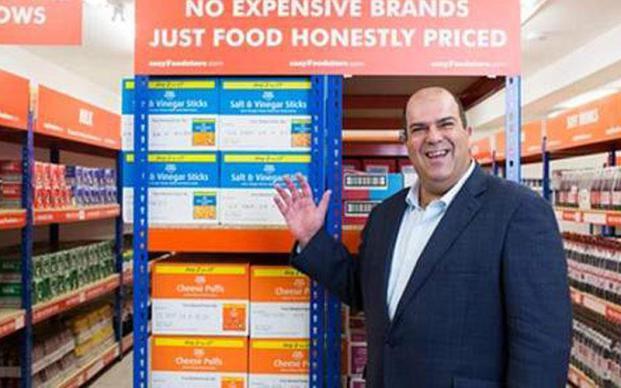 Sir Stelios Haji-Ioannou, owner of the easy family of brands and his private investment vehicle easyGroup (easy.com) have secured another legal victory in their longstanding battle against brand theft, Parikiaki reports.

It said a UK High Court Judge delivered judgment in a preliminary jurisdictional hearing, ruling that Colombian airline ‘easyFly’, founded by Alfonso Avila, has committed acts within the EU and UK which amount to trade mark infringement and passing off.

The easyGroup owns an identical EU trade mark for the word easyFly already and operates this global online travel agency from this website www.easyFly.travel.

Sir Stelios commented on the judgment: “We are delighted that Mr Avila, will have to face justice for his actions in the UK in a full blown High Court trial in London expected in the next year or two. Mr Avila has been trying to argue that the only place where he will have to answer for his actions is his native Colombia but the UK Judge did not buy that. Mr Avila has to be stopped from selling his tickets, directly or via travel agents, anywhere in the UK/EU.

“We are also pleased that the UK Judge found that easyGroup had an arguable case against ATR, the French aircraft manufacturer affixing the offending marks in France on Mr Avila’s new planes which are made in France. That case will have to be heard in Paris ( the home country of ATR) and we are preparing our case in the court in Paris to that effect.”

In a third separate legal process, easyGroup has issued a claim against Avila and others in Miami, Florida, USA to prevent them from entering the USA with airplanes affixed with the offending marks and also to stop selling tickets using the easyfly mark in the USA, either directly or via travel agents. Again easyGroup has a very strong set of registered trademarks in the US and it is important not to allow Avila to procure American customers for his airline.