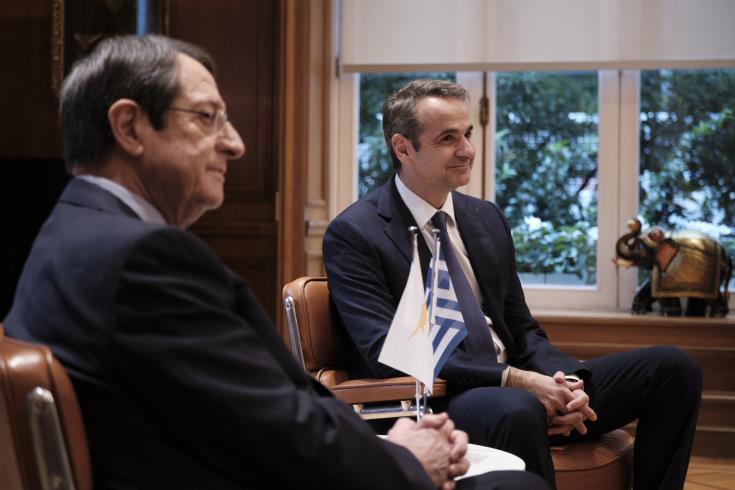 President of the Republic of Cyprus Nicos Anastasiades and Greek Prime Minister Kyriakos Mitsotakis highlighted the importance of the agreement for the construction of the East Med natural gas pipeline, which will be signed later today in Athens between Greece, Cyprus and Israel.

Welcoming President Anastasiades at the Maximos Mansion, Greek Prime Minister Kyriakos Mitsotakis said that today’s signing of the East Med agreement is a significant moment for Greece, Cyprus and Israel and the culmination of their substantial trilateral cooperation in the field of energy and other fields.

On his part, President of the Republic of Cyprus Nicos Anastasiades said that the signing of the East Med agreement is a historic moment, which reflects the goals of the trilateral cooperation since its inauguration. “The aim was the collaboration –not rivalry– in the Middle East, both on energy issues and on other fields of common interest”, Anastasiades said.

“Today is a historic day and the talks that will be held in this context will lay the foundations for further, even stronger, cooperation between the countries of the Middle East”, he concluded.