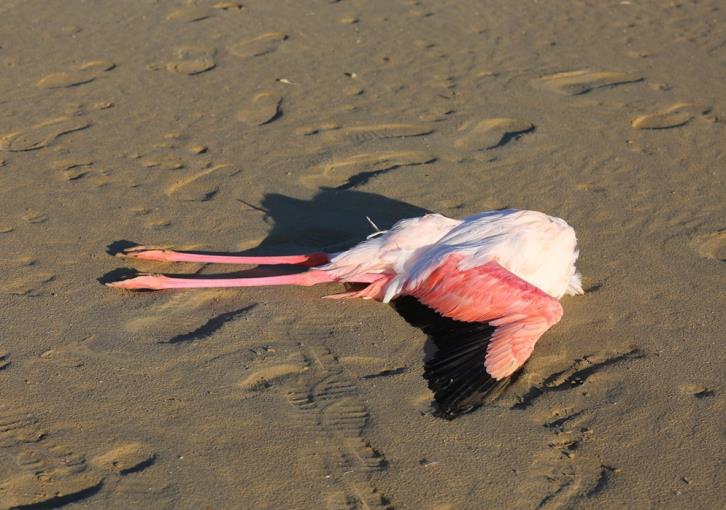 Agriculture Minister Costas Kadis has asked for an immediate investigation after shocking photos of dead flamingos at Larnaca Salt Lake were posted on line by a member of the public who said he had spotted them on Saturday morning.

The minister was replying to a tweet from Efi Xanthou of the Greens who said something tragic had happened at the salt lake and called for an immediate investigation to determine how the birds died.

An official from Larnaca Municipality was reassuring, telling philenews that the situation with the hundreds of flamingos which winter at the salt lake was not worrying. But he said that in the past month there have been three different incidents of dead flamingos which at first sight appear to be due to weather conditions.

The dead flamingos have been sent to the Game Service for tests so as to determine with exact cause of death.