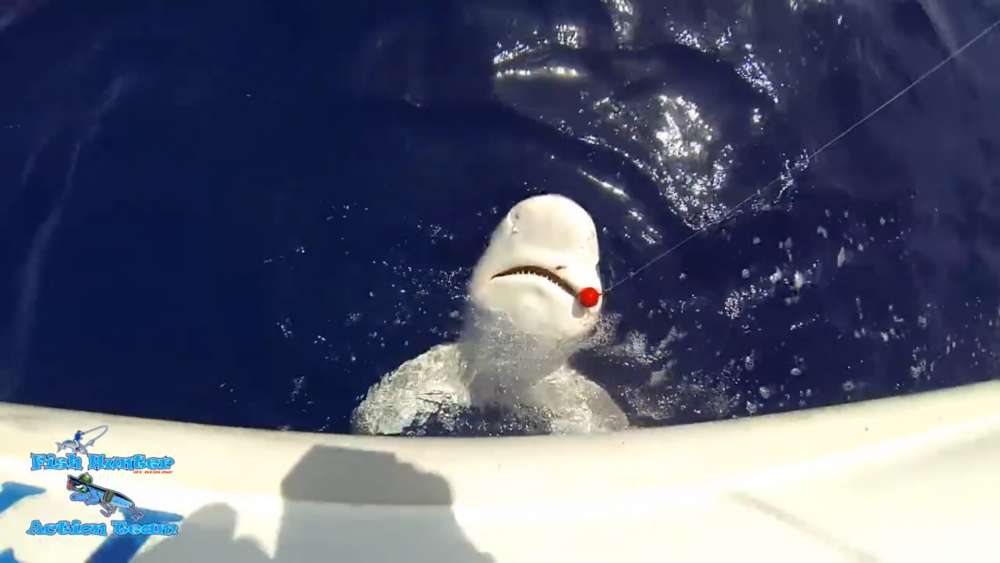 Fishermen on Saturday caught and later released a shark off the coast of Paphos.

The moment was captured on video by the Facebook Group FISH Hunter CY.

The shark was released as it is classified as a Near Threatened species in the IUCN’s Red List.

According to FISH Hunter CY, it is a member of the copper shark genus.

It can be found from brackish rivers and estuaries, to shallow bays and harbours, to offshore waters 100 metres deep or more. It is characterised by its narrow, hook-shaped upper teeth, lack of a prominent ridge between the dorsal fins, and plain bronze coloration.

It reportedly reaches a maximum length of 3.3 m and weight of 305 kilograms.