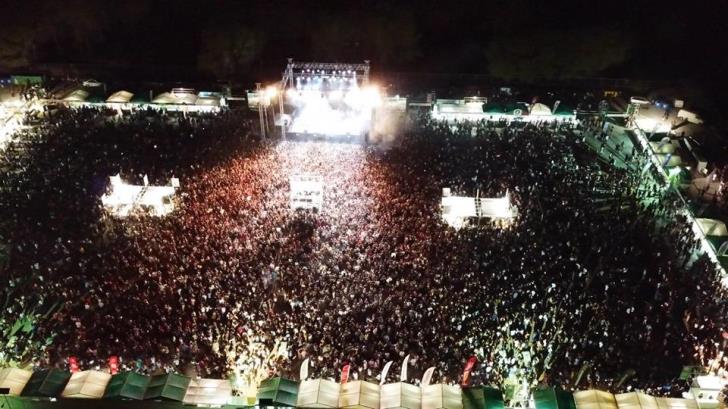 Septemberfest organisers are angry over accusations by the Department of Forests that the popular beer festival is currently taking place without the necessary permit.

“The Aglandjia Municipality acts only within legal frameworks…a relevant festival permit was granted by the Municipality’s school board after all necessary documents had been presented,” Aglandjia Mayor Charalambos Petrides told a press conference on Monday.

As for Managing Director of Display Art, Savvas Nicolaou, he made clear that for them, the organisers, the issue was more a matter of principle rather than a financial dispute.

“At our initiative, from 2014 until this year, we had requested the provision of additional park protection from the Department of Forests and we also expressed willingness to cover the costs this year for the presence of a fire brigade car and crew members. However, we are not prepared to pay 25 percent of fees, overtime pay, service vehicles etc,” he added.

He also said that although the festival is organised within the enclosed area of ​​Aglandzia Gymnasium and not inside the Academy Park, they, nonetheless, had requested additional security for the green area all previous years.

“From 2014 to 2016, we paid 600 euros each year and we paid 800 euros in 2017. We were more than happy to do so. But what Mr Charalambos Alexandrou (head of the Department of Forests) is asking this year is unreasonable, we cannot understand it,” he added.

Nicolaou then referred to the night before when the Department did not take any protection measures towards the park, refusing to even park a fire brigade car outside. Even though the organisers had made clear that they would cover this cost.

He then wondered whether the head of the Department had acted in vengeance rather than in the best interests of the park and if so why.

“This festival is dedicated to financially-struggling people who want to listen to some quality music. We call it social contribution since one pays only €5 to hear acclaimed Greek artists such as Lavrentis Maheritsas, Natassa Theodoridou, Melisses and others,” the organiser said.

By Annie Charalambous
Previous article
One traffic camera system in Nicosia, 87,534 speed limit violations reported
Next article
Hope that terms of reference for resumption of Cyprus talks could be agreed