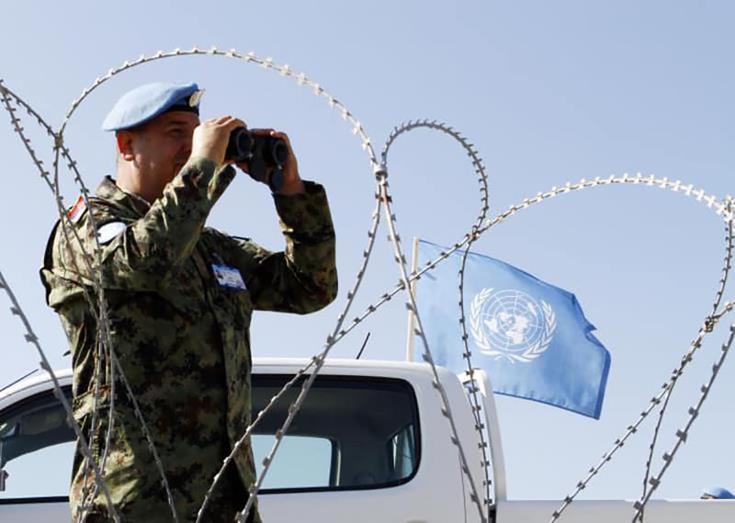 Security Council members in New York on Thursday renewed UNFICYP’s mandate for another six months ahead of its January 31 expiry.

They urged the parties in divided Cyprus to create a Track II process to complement Track I diplomatic efforts that rely on official contacts between authorities.

A Track II component, involving unofficial interactions, could broaden the inclusivity of the peace talks and advance reconciliation and peacebuilding objectives.

In this regard, the Council may call for the appointment of a new UN Special Envoy for Cyprus to oversee Track II processes, in addition to confidence-building measures and laying the groundwork for the resumption of Track I negotiations.

The Council received a briefing in consultations on the situation in Cyprus by recently appointed Special Representative and head of the UN Peacekeeping Force in Cyprus (UNFICYP) Colin Stewart.

Anastasiades reportedly said after the meeting that the two leaders exchanged views while maintaining their divergent positions.

Anastasiades remains firmly committed to a settlement based on a bi-communal, bi-zonal federation (BBF) with political equality as stipulated in previous Security Council resolutions.

However, Tatar insists on a two-state solution based on sovereign equality.

The leaders also discussed various ways of overcoming the current deadlock and creating prospects for resuming “a creative dialogue”.

By Annie Charalambous
Previous articleWho owns Scotland? The millionaires buying up the Highlands
Next articleCyprus commemorates International Day in Memory of the Victims of the Holocaust