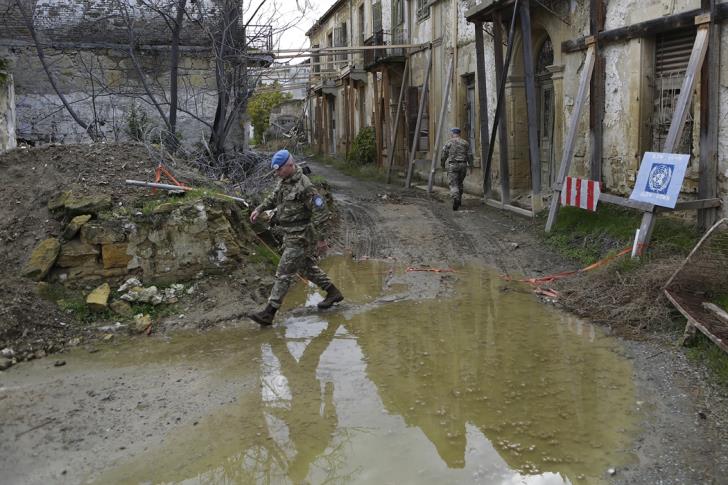 Troops from 1st Battalion the Scots Guards in Cyprus were presented with medals for their contribution to the United Nations peacekeeping mission, forces.net reported on Monday.

The Scots Guards have been on UN peacekeeping duties in Cyprus for the past six months, patrolling the buffer zone in Nicosia.

“Whilst you’re patrolling you sense the old sort of life that was here,” said Lance Corporal Rhyan Sasbry.

“There’s so much potential within the area and you can that there’s still people that want to keep that life going within it.”

The troops were presented with their medals at Nicosia’s abandoned International Airport, with a background of bagpipes and drums, alongside soldiers from other nations contributing to the UN peacekeeping mission.

“They’ve done a fantastic job and for the rest of their lives I think that medal is something they will be proud of,” says Lieutenant Colonel James Leask, Commanding Officer of 1st Battalion the Scots Guards.