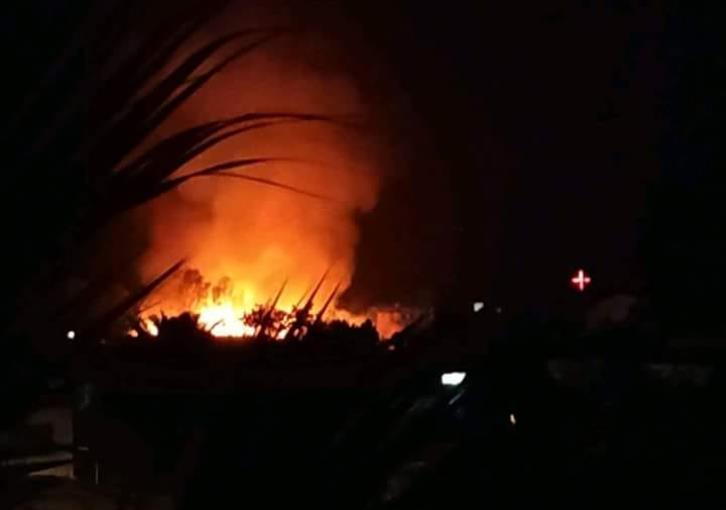 Scores of people were evacuated from Polis Chrysochous camp site early on Sunday morning as more than 40 fire fighters battled a blaze nearby.

The fire, which according to first indications was malicious, broke out a little after midnight near the campsite  prompting authorities to evacuate the site as well as residents of nearby holiday homes.

They were taken to the beach for safety by civil defence officials. A police launch also went to the area, should the fire approach the beach.

The fire was brought under control around 3.30 am and totally extinguished one hour later.

The fire services said the fire broke out among reeds close to the camp site, burning dry grass and eucalyptus trees.

Police in cooperation with civil defence immediately evacuated the camping site and homes in the area. About 250 people were taken to the beach as fire fighters tackled the blaze, managing with the help of 19 fire trucks to contain the fire within two hours. It was extinguished an hour later having burnt one and half hectares of trees, wild vegetation and dry grass.

The Cyprus News Agency contacted Christou after a fire broke out a little after midnight and was put out by the early hours of Sunday morning in the camping site of Polis Chrysochous in Pafos District.

Replying to a question as to the steps, taken he explained that the Polis Chrysochous camping site is close to a Fire Service station and a Forestry Department station, pointing out that as a result intervention in case of a fire is immediate.

Christou also spoke to CNA about security steps taken in all camping sites managed by the Forestry Department in Stavros tis Psokas, Platania and Kampi tou Kalogyrou in Troodos mountains.

The department has put in place fire hoses and a large water container of a capacity of 100 tonnes so that adequate water will be available if necessary.

Forestry department officers patrol the area often and visitors to the area are given advice as to how to operate within the sites, he said.

By In Cyprus
Previous article
Legend M.Jordan and First Lady support LeBron after Trump insults
Next article
Hurricane Hector closing in on Hawaii and volcano