Scientist: Vaccination is the most important measure 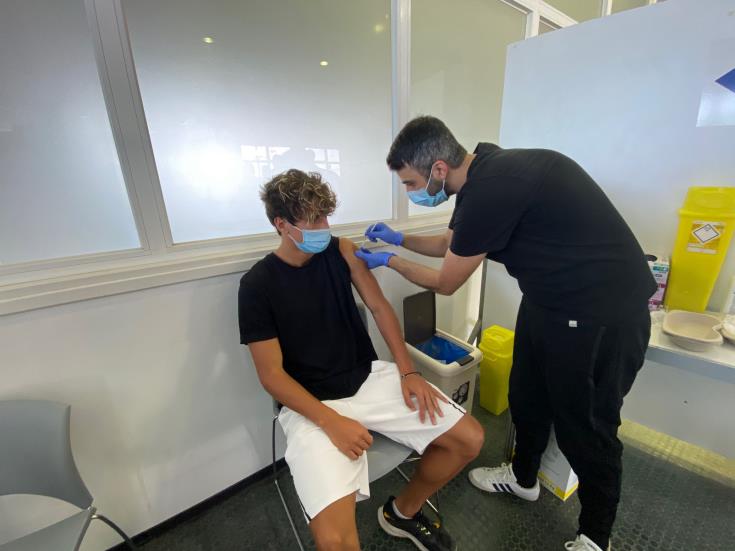 We must encourage vaccination and it is the most substantial measure that needs to be taken the soonest, Assistant Professor of Paediatrics and Infectious Diseases at the University of Cyprus and member of the Advisory Committee for COVID-19 Maria Koliou told CNA.

She said the advisory committee, which convened via teleconference on Friday is really concerned about the increase due to the rising hospitalisations.

“We are really concerned over the increase which is taking place”, adding there “are many hospitalisations which seem to be increasing and eventually will put pressure on the health system”.

“We believe that we need to encourage vaccination as it is the most fundamental and immediate measure that can be taken”, she added.

She told CNA that the scientists did not talk about new measures. “To take new measures there must be great pressure on the health system, just like we had in the winter. However”, she added, the situation has improved.

“We need to focus on encouraging our vaccination coverage and take some additional action already announced by the Health Ministry,” she noted. The scientists, she added, “will continue to monitor the situation and are at the Minister of Health’s disposal.”

Asked if the only solution is to vaccinate as many people as possible, she said “exactly, the greater the percentage of people vaccinated, the better and we should not forget the classic personal protection measures, that is keeping distances, good ventilation and wearing masks in areas where there are many people. This seems to work and we should continue.”

To a question if the increase is due to the Delta variant, Koliou it certainly plays a role but it is also an issue of attitude.

“Young people who are unvaccinated, are going to parties, graduation events and weddings where no measures are being taken,” she said, resulting with cases and possibly the Delta variant. We know it is present in Cyprus and according to EU estimates, it will continue to affect Cyprus in the next weeks because it has high transmissibility, which is a lot greater than the British variant.

Koliou also said that it will take more than a week to see a difference in the number of cases, curbing the transmission chains.

We will possibly see an increase in the next few days, followed by a decrease, she added.

By gavriella
Previous article
New Yellow warning by Meteo today
Next article
All issues are being considered regarding the pandemic, Spokesman says