School parades go ahead in Paphos, Limassol and Paralimni 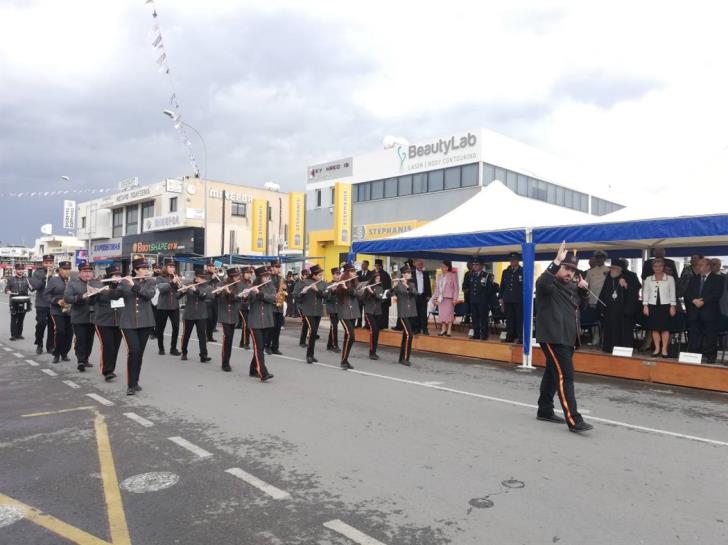 School parades commemorating Ochi Day went ahead in Paphos, Limassol and Paralimni on Monday, about an hour after the Education Ministry said it was cancelling parades in all the towns for safety reasons at the advice of the Met Office because of bad weather.

And in Nicosia, a group of pupils holding signs of the occupied towns marched past the Greek embassy even though the official event was cancelled (see video  posted by Alpha TV below).

At around 10 am, the Education Ministry issued an urgent announcement saying that all parades were being cancelled in all the towns for safety reasons and at the advice of the Met Office.

Met Office director Kleanthis Nicolaides told the Cyprus News Agency his office has advised against crowds congregating in open areas such as for parades because of the acute instability in the atmosphere as well as the stormy activity.

This recommendation followed a thunderstorm alert that was issued earlier on Monday.

The Met Office chief noted the risks posed in the event of a storm for several thousand people in an open area with loudspeakers exposed to the weather, wet flag masts, pupils and children.

But within an hour of the ministry’s announcement, Paphos municipality announced that the parade would go ahead as planned there because the weather was sunny

Limassol then said its parade would also go ahead, but start at 11.45 am and not 11 am, while the Paralimni parade was held at planned.

And in Nicosia a small group of pupils went ahead with a small march past the Greek embassy.