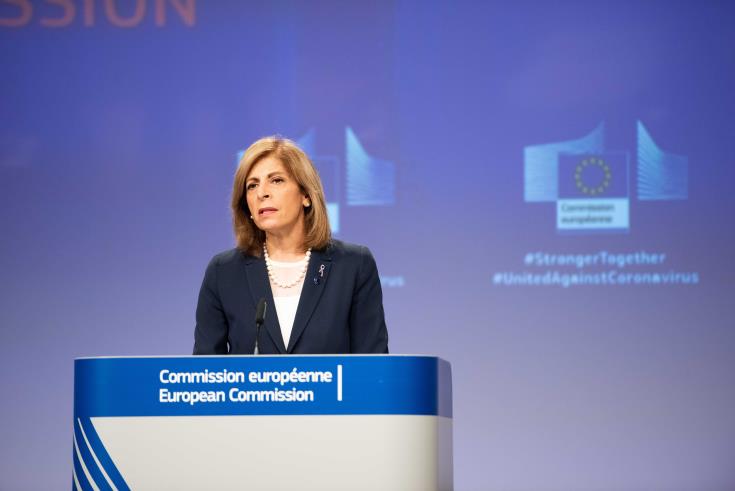 The EU considers the safety and effectiveness of a vaccine against Covid-19 more important than the speed with which it has been approved, European Commissioner for Health and Food Safety Stella Kyriakides has told CNA in an interview.

At the same time, she added, Covid-19 vaccines have undergone and will continue to undergo rigorous scientific review before and after they are available for use.

Kyriakides also said that despite Cyprus being a small country within the European family as EU Commissioner for Health she was called on “to manage a very big crisis, the greatest public health crisis in the last hundred years.”

“We are working very hard, continuously, on a daily basis without taking into account bank holidays or the holiday season,” she said.

“We have never let go of our determination or faith that we can pull through…our one concern is the protection of European citizens,” she added.

The Commissioner outlined a series of actions the European Commission has launched in order to support states and protect the health of European citizens amid the pandemic.

Starting from an early warning system launched on January 9, 2020 and activating funds for research on this new coronavirus disease to establishing a European team of epidemiologists to boosting the sector of health with €2.7 billion to providing member states with necessary equipment such as ventilators and protective masks and deploying medical teams from all over Europe to hospitals in need.

She also referred to a continued stream of daily contacts between the 27 Ministers of Health, international partners such as G7 and G20, the World Health Organisation, pharmaceutical companies and vaccine developers.

As well as third countries which manufacture medicines or other medical equipment and which had imposed restrictions in exports “so that we could guarantee that there would be no extensive shortages in the European space.”

“The European Commission has launched countless actions to support member states and to protect the health of all European citizens,” she added.