Dozens of Russians permanently living in Cyprus gathered outside the Russian embassy on Wednesday, September 21 to protest the mobilisation announced by President Putin.

The protesters carried placards with anti-war and anti-mobilisation slogans and words of solidarity with the people of Ukraine. 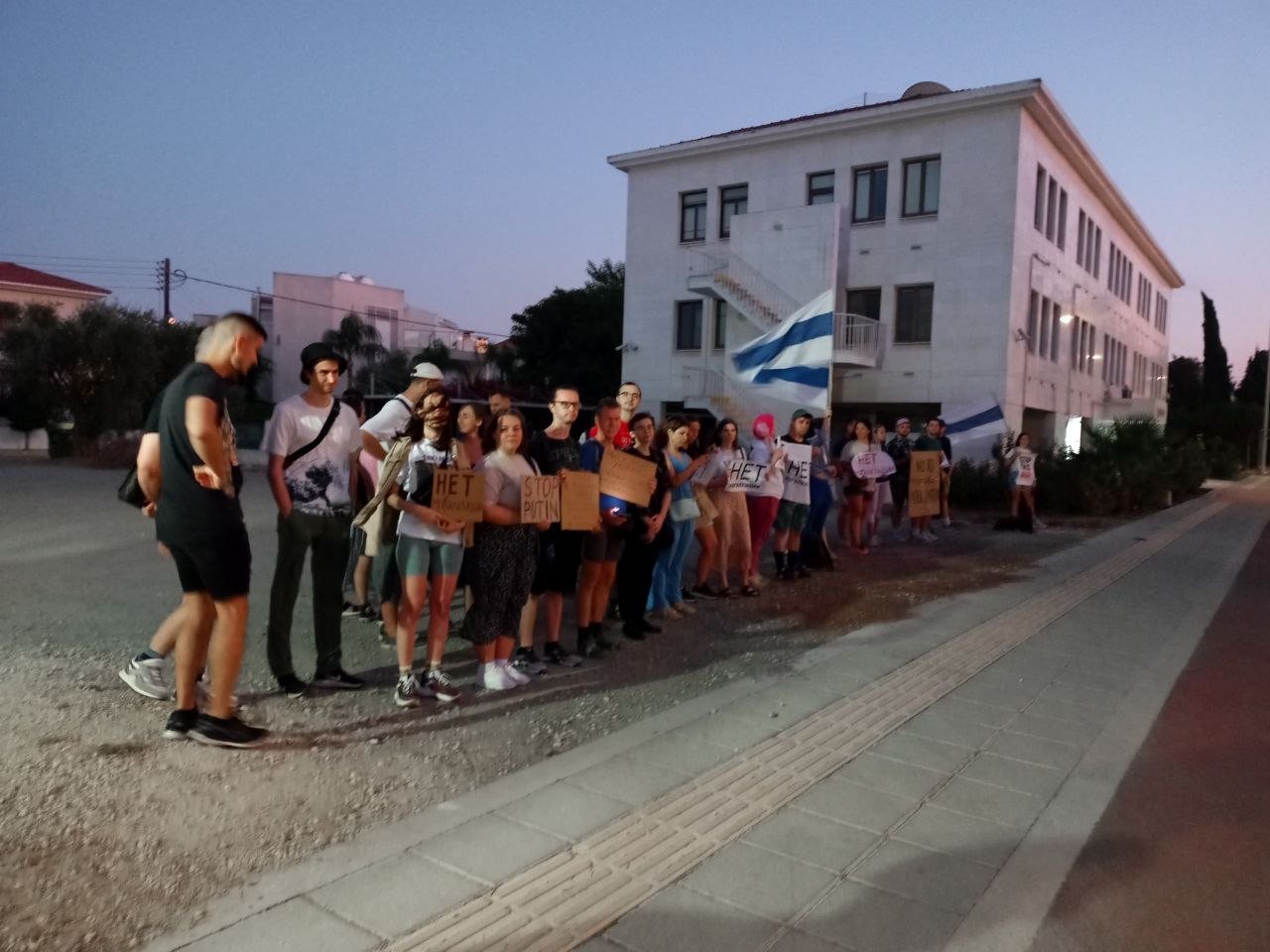 Some of the participants told in-cyprus that they fled their home in Russia in the past few months after the Russian Government commenced the so-called “special operation” in Ukraine.

They said that they participated in similar protests in Russia earlier this year, for which they were detained and fined. 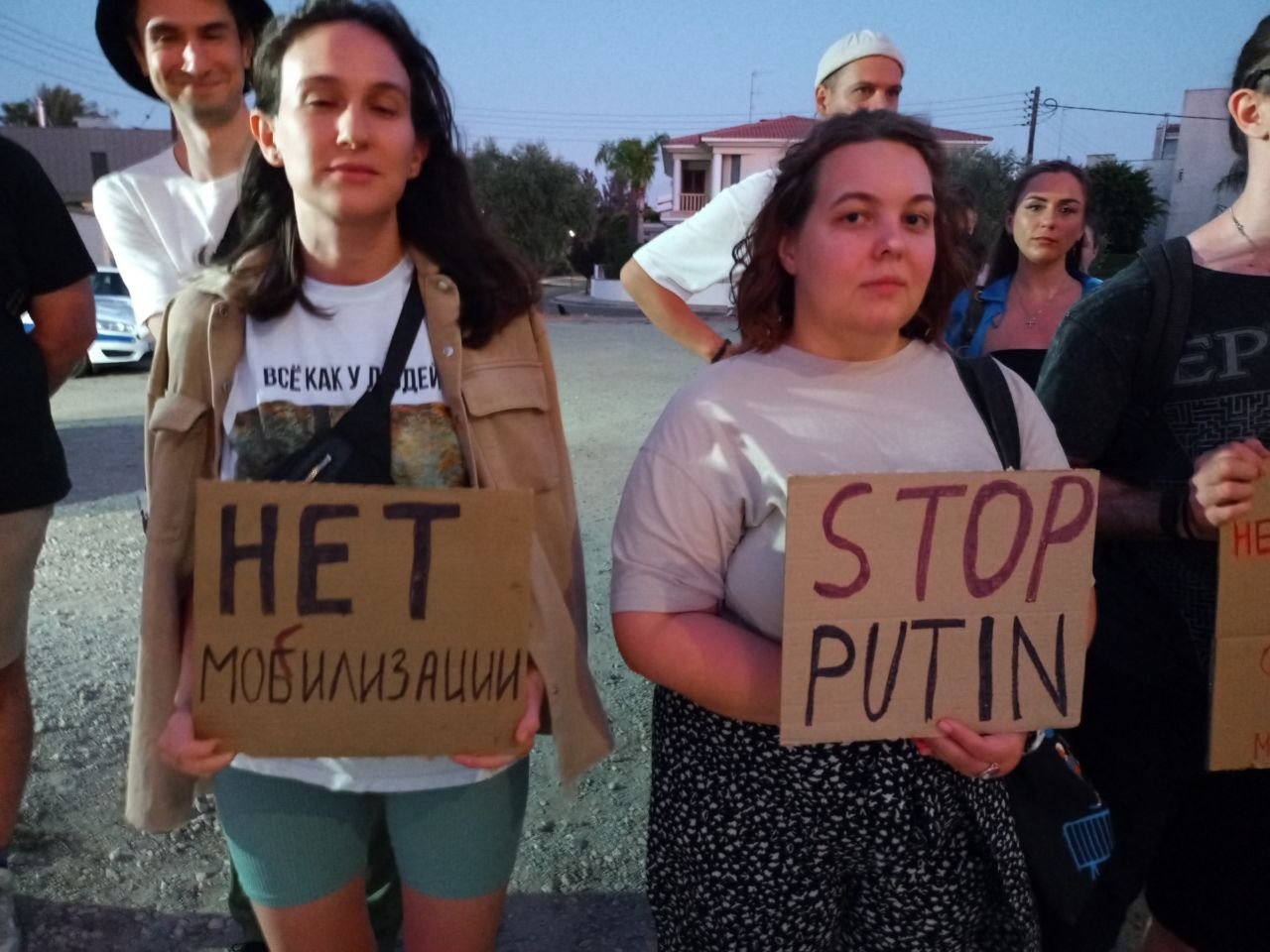 Protests erupted in Russia and around the globe yesterday with thousands taking to the streets demanding from the government to stop the war and cancel mobilisation which Russians already called “mogilisation” (“mogila” means “grave” in Russian).

More than a thousand people were detained, and some were beaten and humiliated publically. 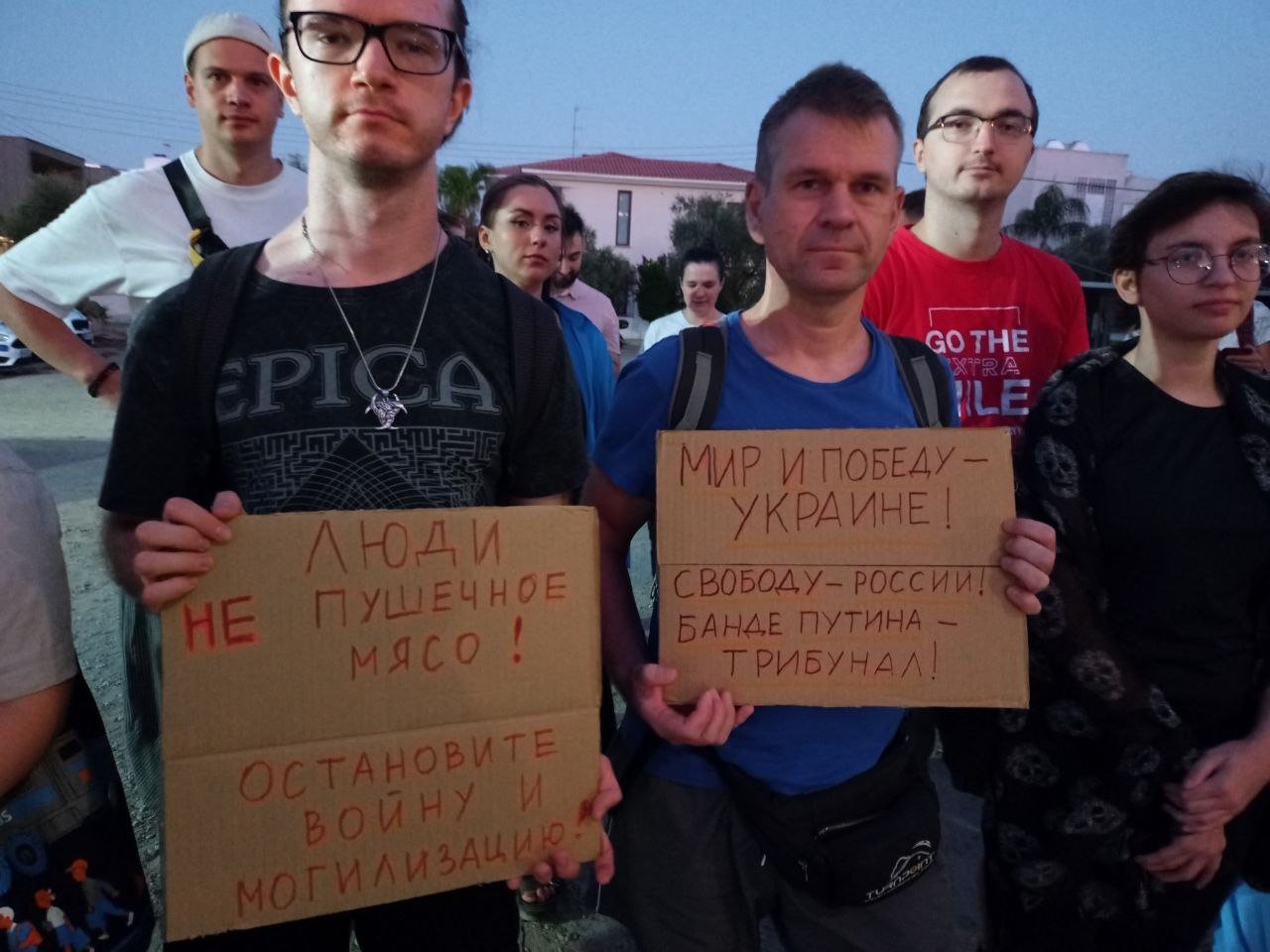 Russian men are forced to fight in Ukraine against their will, their refusal to do so is subject to prosecution and punishment.

Many have already started fleeing the country by any means possible to avoid the call-up.

Airline tickets for no-visa destinations for Russians have sold out, while prices have skyrocketed.

Deputy Prime Minister of Ukraine Iryna Vereshchuk called Russian soldiers to surrender. They won’t be exchanged against their will, she said. “If you don’t want to return to Russia, then, according to the Geneva Conventions and Ukrainian law, no one will transfer you back to Russia. ” 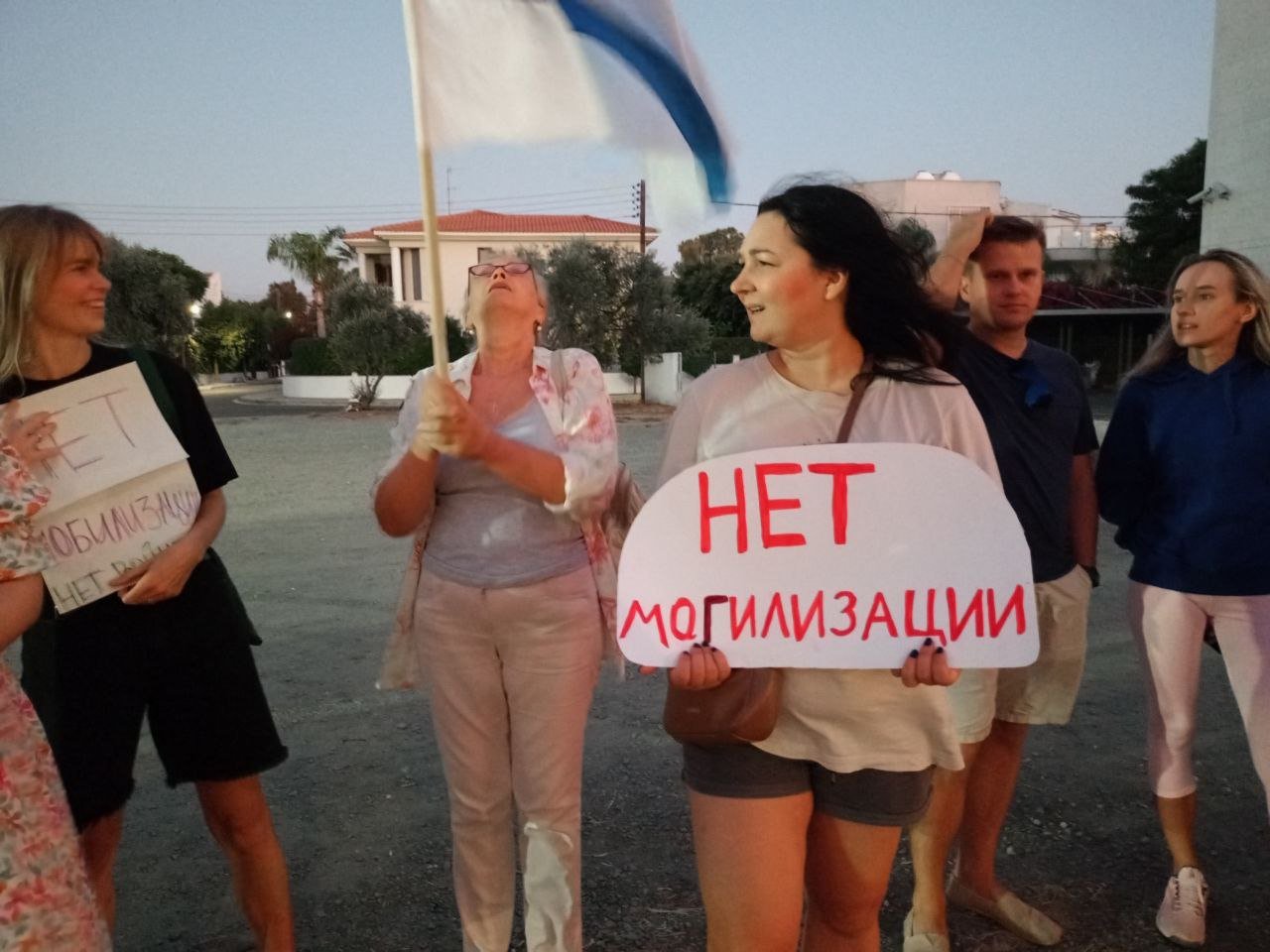 The Russian community of Cyprus will continue its protest actions in an attempt to deliver to the Russian authorities the message that the Russian people are against the war and that both sides must cease fire and work on a diplomatic solution.

Nevertheless, with the prospect of upcoming referendums staged by Russia in Donetsk, Luhansk, Zaporizhzhia and Kherson and an escalation of the war, the efforts of protesters might seem meagre. 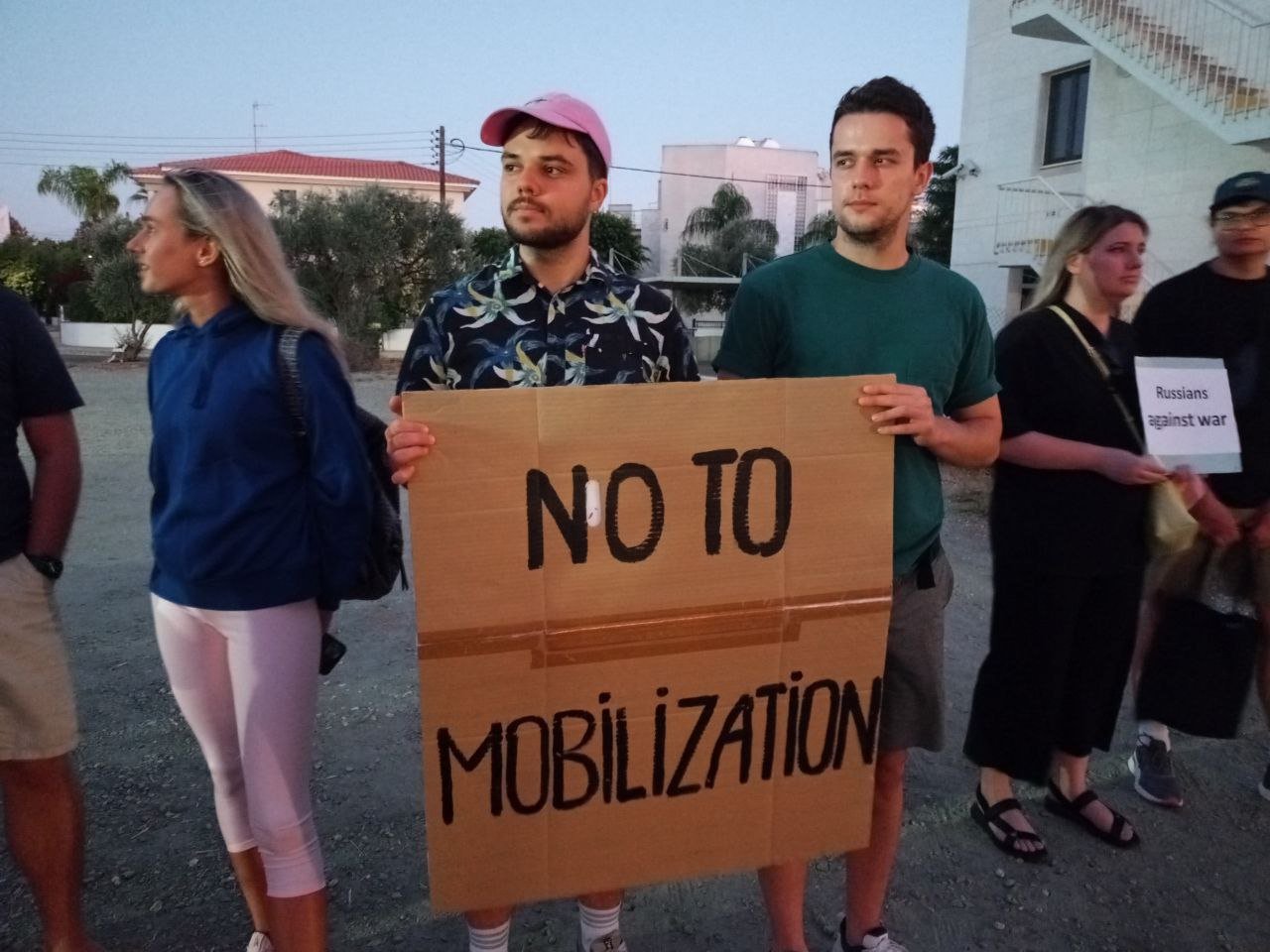 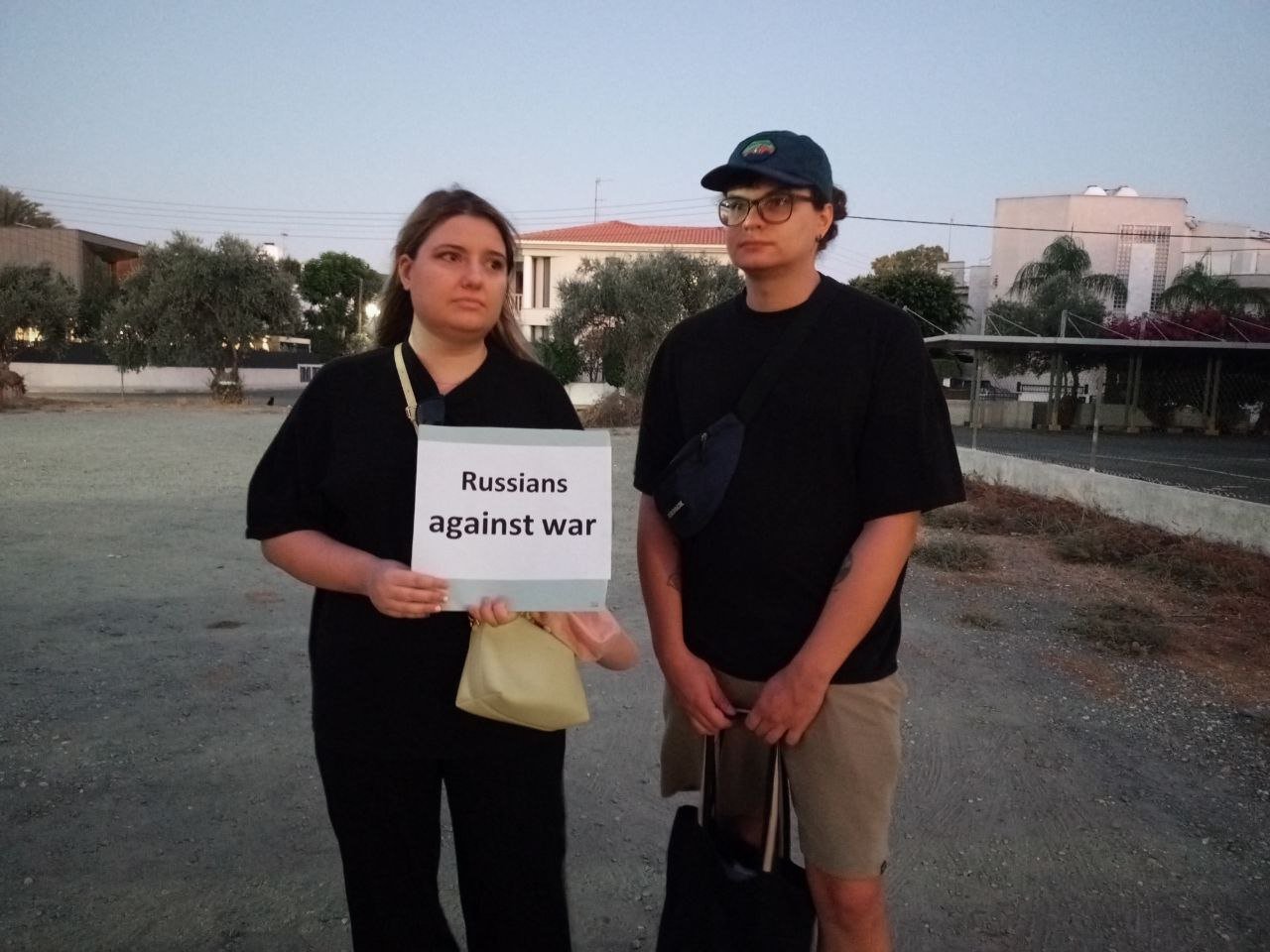