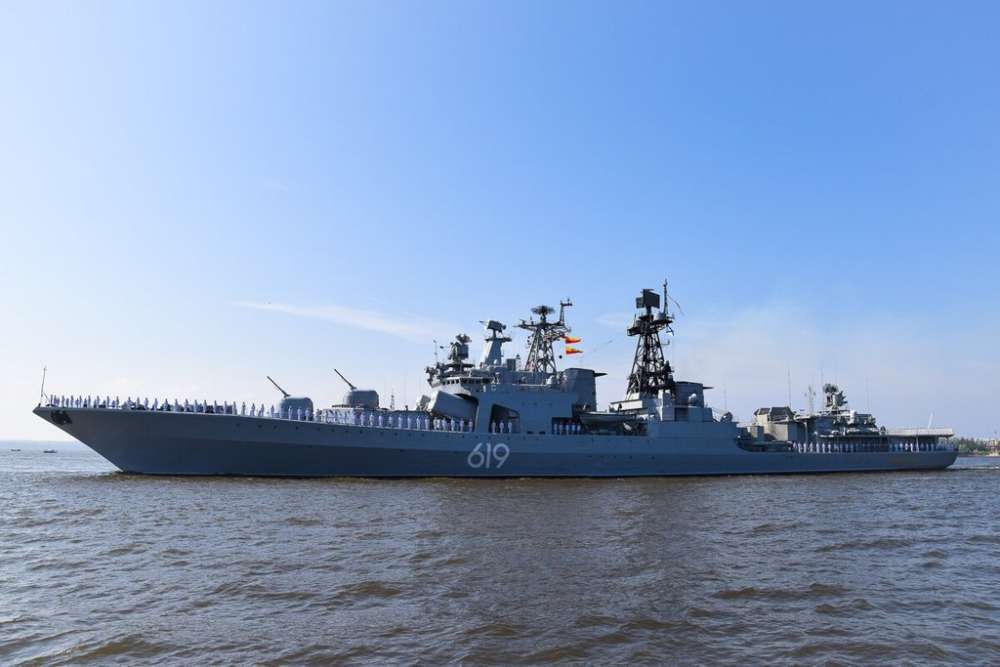 The Project 1155 large anti-submarine ship Severomorsk of the Northern Fleet has docked at Limassol after a voyage of nine months, Northern Fleet press service said on Tuesday.

“The ship will be docked for a few days, and the docking plan includes replenishing the ship’s stores and some brief shore leave for the sailors, the press service said.

According to the Russian News Agency Tass, Severomorsk set out on a long-distance voyage from the Northern Fleet’s main base, Severomorsk, July 5.

In the first stage of the solo mission, the ship sailed more than 30,000 nautical miles, visiting ports in Algiers, Djibouti, Mozambique and Madagascar.

Upon the completion of the first stage, the ship was restoring its technical capabilities at the Black Sea Fleet’s main base, Sevastopol. Since then, the ship has sailed another 6,000 miles.