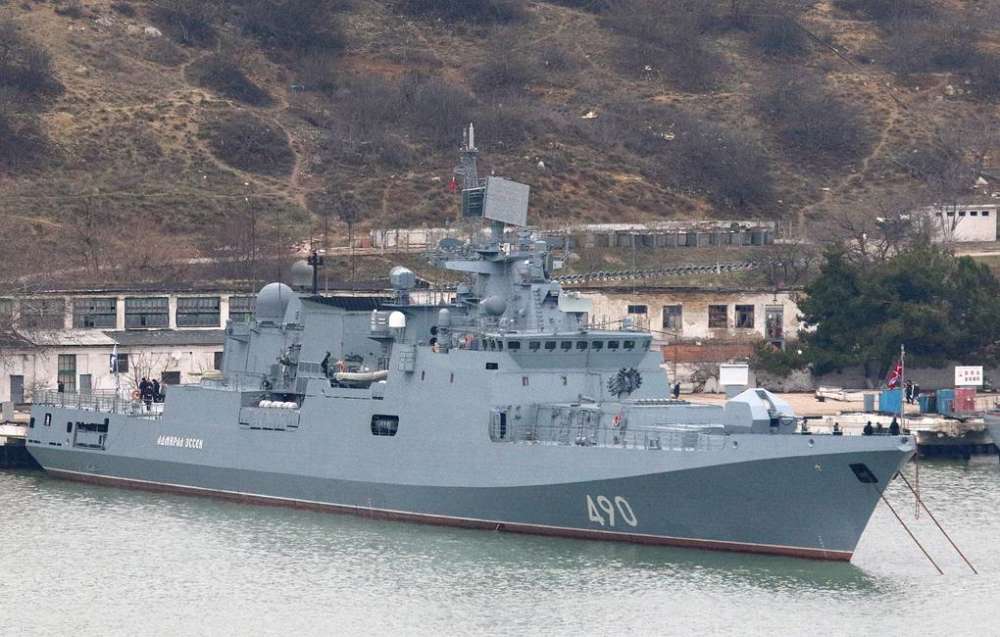 “As part of its business call, the ship will replenish supplies while the crew will make excursion tours of the city’s historical sites as their leisure time,” the press office said in a statement.

The frigate has called at the port of Limassol in accordance with the plan of the ship’s deployment to the Mediterranean Sea and the schedule of replenishing supplies. The frigate Admiral Essen has been accomplishing assignments in distant waters since December 2019.

The Admiral Essen represents a new series of Project 11356R/M frigates (the Project 11357 designation is also used). These frigates are designed to destroy enemy surface ships and vessels, submarines and ground installations, carry out patrols and defend sea lanes.

The frigates of this Project are armed with eight launchers of Kalibr-NK cruise missiles that are capable of striking surface, coastal and underwater targets at a distance of up to 2,600 km.

The warships of this Project are also armed with Shtil-1, Palash and AK-630M air defense missile and artillery systems, A-190 100mm universal artillery guns, torpedo tubes and RBU-6000 rocket launchers. The frigates also have a take-off and landing strip and a hangar for an anti-submarine warfare helicopter (Ka-27 or Ka-31).

By In Cyprus
Previous article
U.S. economy misses Trump’s 3% growth target in 2019
Next article
Cyprus Post says packages from China to be delayed due to coronavirus