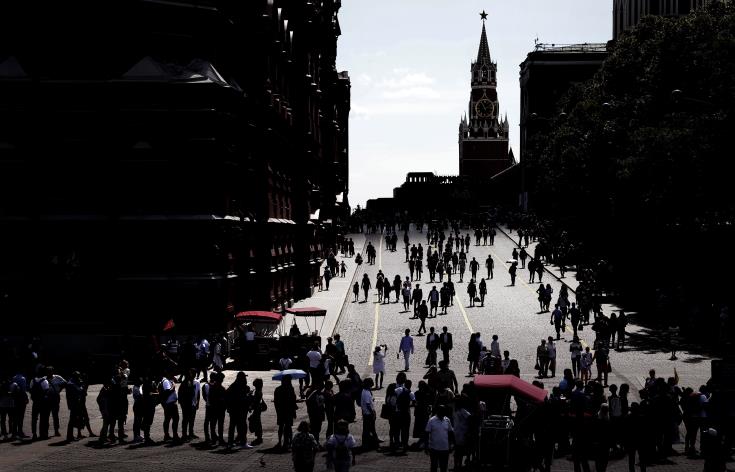 Russia has reaffirmed the positions of principle it maintains on the Cyprus problem and its dedication to a solution based on UN resolutions, and furthermore reiterated its support to the sovereign rights of the Republic of Cyprus to explore and exploit its natural resources in its maritime zones.

Permanent Secretary of the Ministry of Foreign Affairs of the Republic of Cyprus Tasos Tzionis met on Monday in Moscow with Deputy Minister of Foreign Affairs Alexander Grushko, whom he informed on the latest developments in the Cyprus problem and Turkey’s illegal activities in Cyprus’ exclusive economic zone, stressing in particular Turkish aspirations in the Eastern Mediterranean and its destabilising role in the region.

They also exchanged views on the geopolitical situation in the broader Eastern Mediterranean, Turkey’s offensive in Syria, the prospects of overcoming the Syrian crisis, and migration.

Tzionis and Grushko agreed to remain in close contact and promote cooperation.

EU Foreign Ministers endorsed on 15 July 2019 measures concerning Turkey’s illegal drilling in the EEZ of Cyprus, deciding, among others, to suspend negotiations with Ankara on the Comprehensive Air Transport Agreement and postpone the Association Council and other EU-Turkey meetings. Moreover, the Council reduced the pre-accession assistance to Turkey for 2020 and invited the European Investment Bank to review its lending activities in the country.

In accordance with the 20 June 2019 European Council conclusions, Foreign Ministers also invited the High Representative and the Commission to continue working on options for targeted measures in light of Turkey’s continued drilling activities in the Eastern Mediterranean.