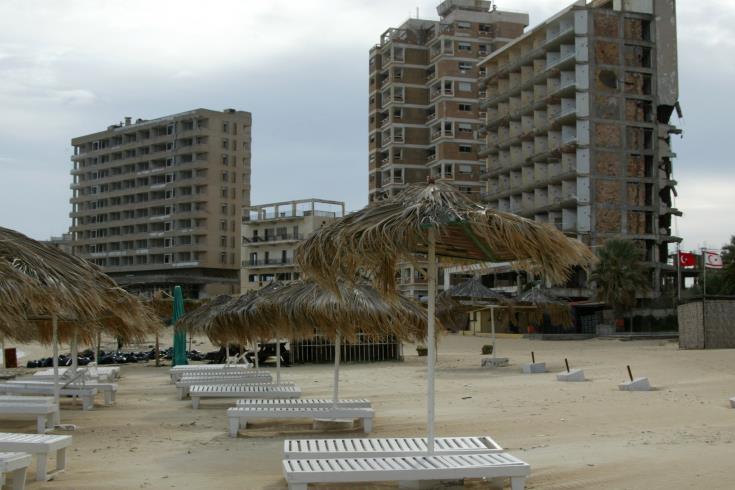 Russia, France and Britain have called for compliance with UN Security Council resolutions in relation to Varosha, after recent statements from Turkish high-ranking officials regarding the status of the fenced-off part of Famagusta, also known as “ghost city”.

Last Saturday, the Turkish Bar Association organized a round table meeting, which was held in Varosha for the first time since 1974, and was attended by Turkish Vice President Fuat Oktay and Turkish Justice Minister Abdulhamit Gül, among others. Oktay stated that Varosha belongs to the illegal Turkish Cypriot regime, and took part in a tour of the fenced-off part of Famagusta.

“With regard to the aggravation of the situation around Varosha, we believe that the settlement of this issue should take place strictly in accordance with the relevant UN Security Council resolutions, notable 550 and 789. This situation highlights the urgency of restarting intercommunal negotiations as soon as possible,” a Spokesperson from the Embassy of Russia to Cyprus told CNA.

Replying to a similar question, the French Embassy noted earlier that “on October 9th 2019 the members of the United Nations Security Council recalled the importance of the status of Varosha as set out in previous United Nations Security Council resolutions, including resolution 550 (1984) and resolution 789 (1992), and reiterated that no actions should be carried out in relation to Varosha that are not in accordance with those resolutions. Resolution 2506 (2020) also reiterated the Council’s position on the status of Varosha.”

“We therefore expect the sides and the relevant involved parties to fully comply with United Nations Security Council resolutions and to engage in the talks aimed reunifying the island in the framework of a bi-communal and bi-zonal federation with political equality” the Spokesperson from the Embassy of France noted.

A British High Commission Spokesperson in Nicosia also told CNA that “we fully support all relevant Security Council resolutions, including Resolutions 550 and 789. The UK remains convinced that a comprehensive settlement is the best chance of resolving these issues.”

By In Cyprus
Previous articleReunification would boost income by 7% in a decade, World Bank says
Next articlePrivate sector services keep the state going