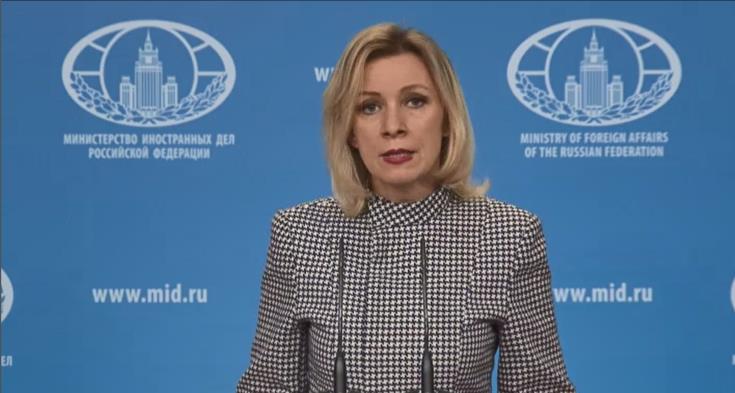 Russia supports a Cyprus settlement on the basis of UN Security Council resolutions and, contrary to rumours, does not intent to clinch a deal related to the recognition  breakaway north Cyprus, Russia’s Foreign Ministry Spokesperson Maria Zakharova has said.

Russia has always followed a position of principles as regards the settlement of the Cyprus problem and has been in favour of a solution based on the relevant UN Security Council decisions,” Zakharova noted, adding that these decisions provide for the establishment of a bicommunal, bizonal federation. Moreover she said that “we are in favour of maintaining the effective mandate of the UN peacekeeping force in Cyprus.”

Zakharova said that it is obvious that there are forces behind these rumours which aim to create, at any cost, problems to the relations of Russia with Cyprus. These are attempts with a view to undermine business projects and to make regional partners withdraw from a mutually beneficial cooperation. They generally aim to harm bilateral relations, she underlined.

Moreover she said that questions are raised by the fact that the numerous institutions created under the EU auspices to combat fake news insist to remain silent towards a series of reports in the Turkish Cypriot media that have spread the rumour.