Russia could not have expected Cyprus to disagree with EU, Anastasiades responds to Lavrov 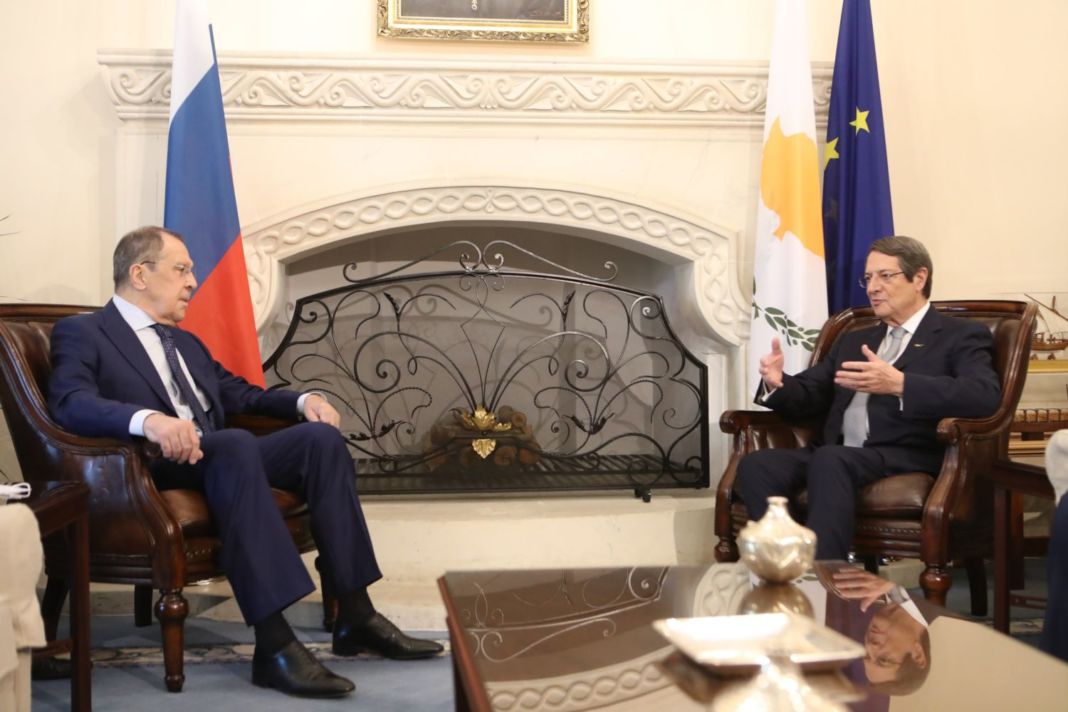 President Anastasiades responded to Russia’s Foreign Minister Sergey Lavrov’s comments that the governments of Cyprus and Greece have been “transformed,” by saying that Russia could not have expected Cyprus to disagree with Europe’s collective decisions.

On Wednesday, Lavrov told the Cyprus News Agency (CNA) that the governments of Italy, Greece and Cyprus transformed, despite their traditionally “close friendship” with Russia.

CNA asked the Russian Foreign Minister to comment on the view that Russia is behaving like other imperialist powers that violate international law and seek to occupy territories and change borders.

Lavrov answered that Russia has “always been very close friends with the Greeks and the Cypriots, and those transformations that took place with the leaderships of these countries, it is natural that we pointed them out, we took note of them.”

In response, during a visit to the Open University of Cyprus, President Anastasiades told reporters: “The problem is to make a self-criticism over why some countries, some unions of states like the EU possibly took the measures. But at the same time I want to point out that when the otherwise friendly country – Russia – forced us to follow the collective decisions of the EU, it could not have expected that we could be the stigma of Europe, that is, those who disagree with the collectively decided measures.”

The President stressed that he wants to “maintain the friendly relation we had with Russia and the gratitude, of course, for the longstanding position that Russia has as regards the Cyprus issue and the understanding from Russia’s side that there are no options when international law is violated.”

By Stelios Marathovouniotis
Previous article
10,346 Cypriots registered to vote abroad
Next article
After a cloudy start, sunshine returns on Friday