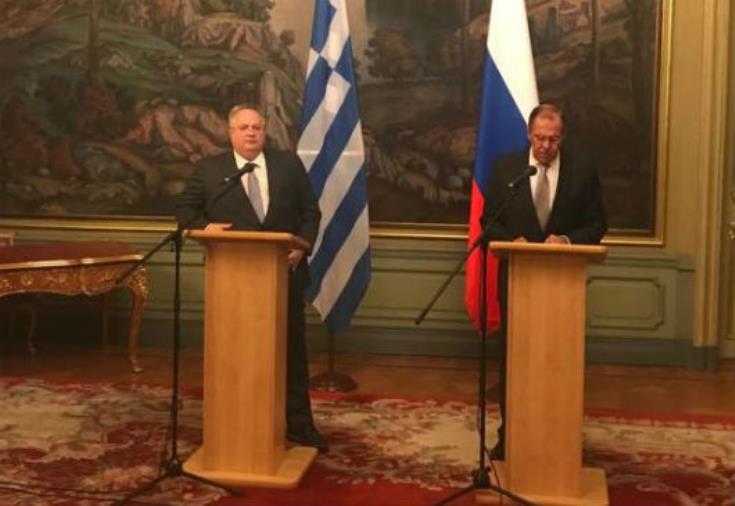 The Cyprus problem was one of the issues discussed during the meeting which the Foreign Ministers of Russia and Greece, Sergey Lavrov and Nikos Kotzias, had on Wednesday in Moscow.

In his statements at a joint press conference, the Russian Foreign Minister said, as reported by Tass news agency, that Moscow and Athens have similar or the same stance on resolving regional conflicts. “We exchanged views on the Cyprus issue,” he said, adding that “Russia and Greece both call for resolving this long-standing issue based on United Nations Security Council resolutions and agreements reached by the two communities.”

On his part, Kotzias expressed hope that “we will reopen the Cyprus issue – in the right way – and resolve that as well.” He noted that this is a more difficult issue than the dispute over North Macedonia’s name and the issues that have been pending with Albania “because in those two we were the larger party and we were determined to resolve the issues.”

Moreover, Kotzias said that he thanked Lavrov, and he wants  to do so publicly, for Russia’s stance on the Cyprus issue,