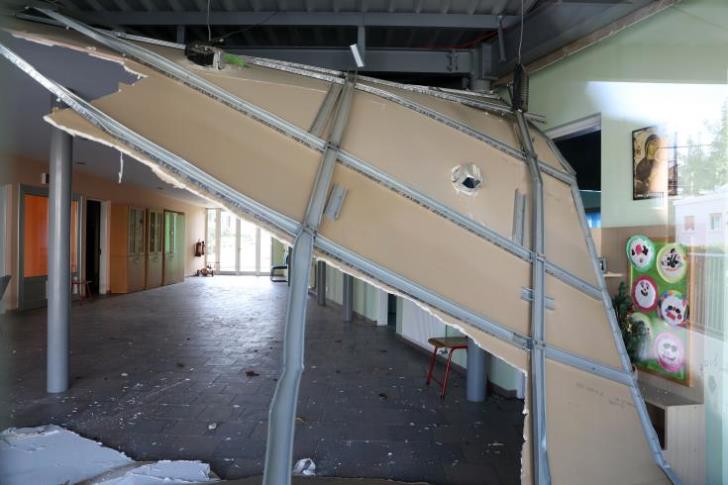 Part of the false ceiling at the state kindergarten of Apostolas Varnavas in Strovolos collapsed during Tuesday night’s storms.

Philenews sources say that the roof collapsed because school authorities did not clear the rain gutters and due to the fact that it was made of plasterboard, it cannot withstand large quantities of water.

Phylactou expressed his concern over the incident and said that the building is relatively new, as it was built six years ago.

“Our union repeatedly requested that school buildings are checked and safety certifications are issued,” Phylactou said, while adding that a month ago a similar incident happened at a different school.

The new roof will be made with more resilient material and is expected to be installed by Monday, he added.

Kindergarten pupils will attend the nearby Apostolos Varnavas primary until the roof is repaired.

By In Cyprus
Previous articleLimassol: Three remanded in custody over prostitution ring
Next articleCyprus relations with other countries should not annoy anyone, Prodromou stresses