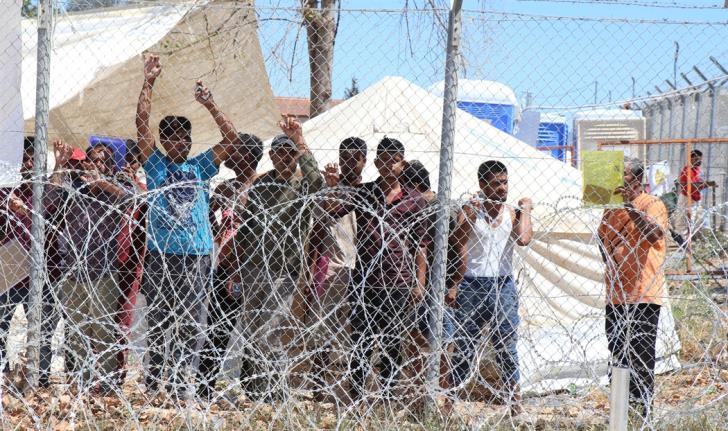 Residents of villages near the Pournara Reception Center react due to the problems created because of the increased number of migrants in the center who also go around in their villages.

On the other hand, the residents of these villages are also concerned following the revelations of the Secretary General of the Health Ministry at the ad Hoc House Committee on the Migration issue, who said that the fact that a large number of migrants live together has led to the outbreak of serious contagious diseases, which they knowingly or unknowingly have.

Furthermore, due to the establishment of a wired fence, migrants trying to cross into the government-controlled areas, now choose the area of Koutrafas, ending in the villages of Solia, causing problems there.

Finally, a meeting is scheduled for tonight at the square of Akaki village, to discuss the problems of workers, farmers and owners of residences in the dead zone, who are affected by the fence that has been placed along the green line.

By gavriella
Previous articleTurkey lifts veto on Finland, Sweden joining NATO
Next articleNew earthquake on Wednesday in the area of Limassol