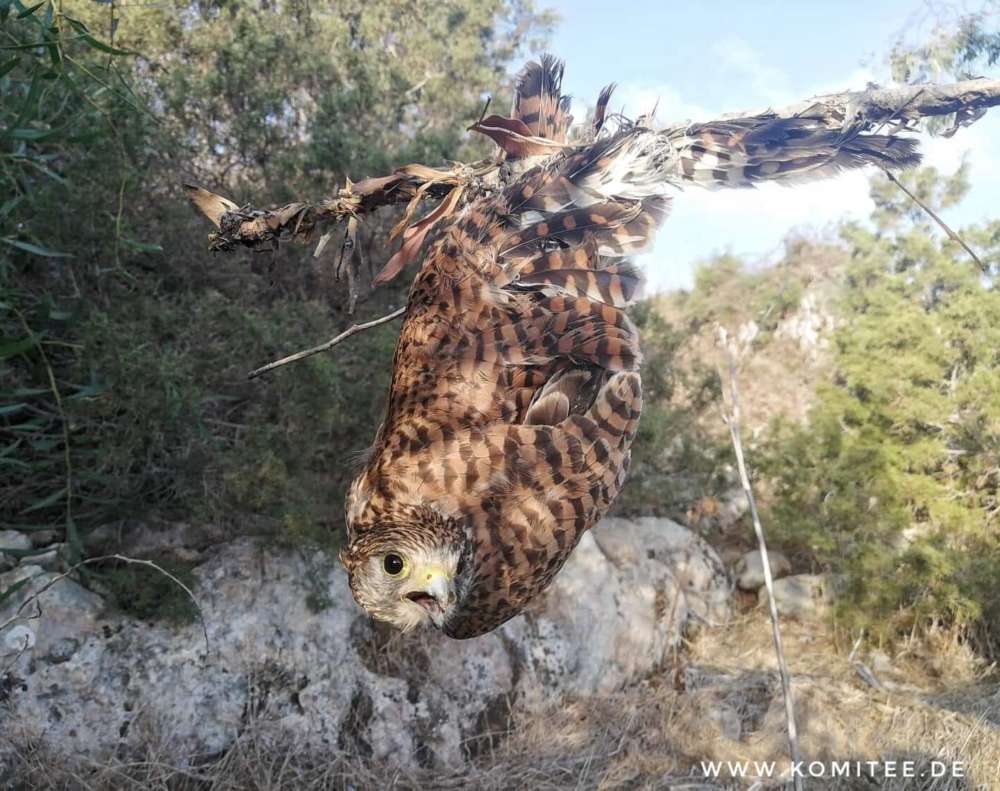 Bird protection activists have cited the case of a  kestrel stuck to a limestick and left to die under a bush near Paralimni to stress that bird trappers are animal torturers and not harmless traditionalists pursuing an ancient hobby.

CABS — the Committee Against Bird Slaughter found the distressed bird at an active trapping site.

“While removing the illegal traps, we found this distressed kestrel stuck to a limestick and hidden under a bush. The trapper had evidently thrown the caught bird of prey, along with the trap as unwanted ‘bycatch’ – it was probably not worth the effort to free the animal,” CABS said.

Had the activists not found it, the bird would have endured a slow and painful death.

Luckily, CABS members were able to slowly free the frightened and glued falcon, ensuring the feathers were not damaged and he is now with a vet who will ensure the bird is fit to fly again soon.

In a separate post, the Committee Against Bird Slaughter (CABS)  said that its teams together with the Game and Fauna Service had managed to locate five active trapping sites with limesticks and to prosecute two illegal trappers.

“In just two days, together with the local authorities, we collected a total of 143 limesticks and surely managed to save hundreds of birds,” CABS in Cyprus said on its Facebook page.

It also posted a heart warming video of a blackcap that they had saved. “We very carefully and thoroughly cleaned the feathers and gave it some water. Watch the video and see it happily flying off a few minutes later,” the NGO says.