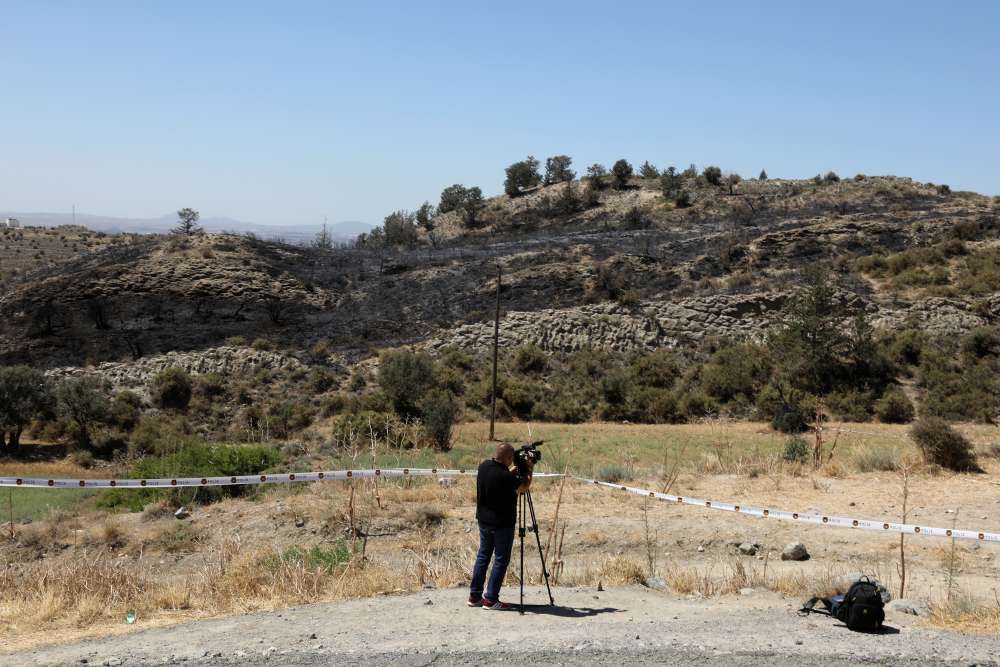 Earlier on Monday, the Director of the President’s Press Office, Victoras Papadopoulos said that the Republic of Cyprus had offered assistance to Turkish Cypriots regarding a stray object that exploded  in the Turkish-occupied areas.

The offer was made through UNFICYP.  Turkish Cypriot leader Mustafa Akinci thanked the government for its support but said nothing was needed, Papadopoulos added.

UNFICYP Spokesperson Aleem Siddique told CNA that the Force was  in contact with the Turkish Cypriot side regarding the “security incident” that occurred in the Vouno area early this morning and urged everyone not to jump to conclusions before an investigation takes place.

Turkish Cypriot authorities said that based on their initial assessment the missile was a Russian-made S-200 which exploded before impact.

The explosion occurred around 1 a.m. near Vouno, some 20 kms northeast of Nicosia, with the impact starting a fire and heard for miles around.

There were no casualties. But it caused widespread concern on both sides of the divided island and brought calls for warring parties to respect their neighbours’ safety.

An Israeli air strike was underway against Syria at the time. Syrian state media said the Syrian air defences had fired in response.

“It is understood that a missile fired from Syria fell here by accident, as a result of being fired in an uncontrolled way by batteries … in response to the intense attacks yesterday evening by Israel,” Kudret Ozersay, the so called  ‘foreign minister’ in occupied north Cyprus told a news conference.

Cyprus lies west of Syria, and the impact site about 50 kilometres inland.

Israeli warplanes fired missiles targeting Syrian military positions in Homs – around 310 kilometres from Nicosia – and the Damascus outskirts overnight in an attack that killed at least four civilians and wounded another 21.

The freak incident was the first time that Cyprus has been caught in the crosshairs of military operations in the Middle East despite its proximity.

“Undoubtedly we invite Syria, Israel and another countries in the region to take into account the human and material security of neighbouring countries, to take the necessary measures and for everyone to behave calmly,” said Ozersay.

The incident was a wake-up call to islanders, said UniteCyprusNow, a pro-unity group.

“The illusion that a permanent division on land .. will protect us from crises has been shattered with the missile that landed on our head last night,” it said.

The ageing S-200 is a surface to air missile which analysts said could have a range of up to 400 kilometres.

It is one of the precursors of the S-400, the missile system Turkey plans to buy from Russia and which has rattled relations with Washington.

Residents told Cypriot media they saw a light in the sky then three loud explosions were heard for miles around, which many initially thought was a plane crash.