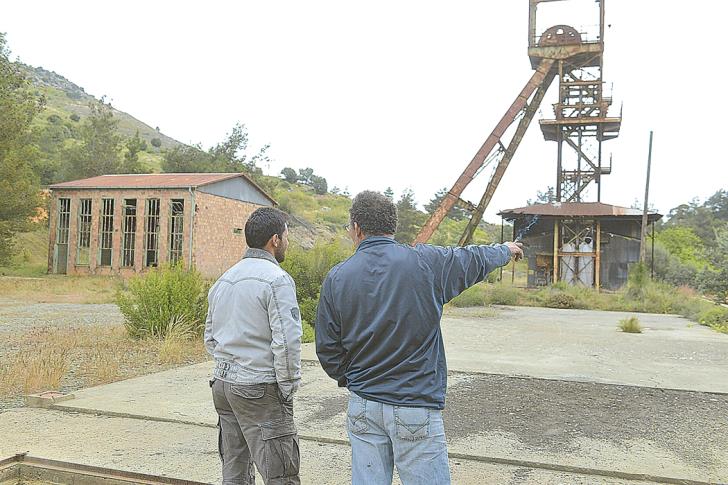 Police believe that a woman whose body was found in an abandoned mine shaft in Mitsero on Sunday was murdered elsewhere and her body then dumped in the shaft, Phileleftheros reported on Tuesday.

A post-mortem on Monday did not determine the exact cause of death. Police investigators and state pathologists believe that the victim – whose hands and feet were tied with plastic cord  and whose body was wrapped in a sheet — is a relatively young Asian woman, the newspaper said.

Police spokesman Andreas Angelides told CyBC on Tuesday morning that a priority is identifying the victim and whether the woman was on the list of individuals reported missing.

Police are also waiting on the results of scientific tests following the post-mortem. Police investigators are combing the area and statements have been taken, he added.

The victim was spotted by two German tourists who were photographing the abandoned mine.

Phileleftheros says that police are examining the possibility the perpetrators knew the mine well and the fact that there is a 20 metre deep well at the specific spot.

The body was found in an advanced state of decomposition because it had been in the  water. There has been no official word as to how long it had been in the shaft but according to Phileleftheros estimates vary from three months to three years.

Police on Monday combed the area for clues relating to the crime but according to Phileleftheros nothing was found.

Fire fighters went back down the shaft where the victim was found and found evidence relating to the body, the paper added.

Police have been going through the list of the 32 women still on list of individuals reported missing in Cyprus. Of the 32, three are Cypriot and the remaining 29 are non-Cypriot.

Police note the victim may never have been reported missing.