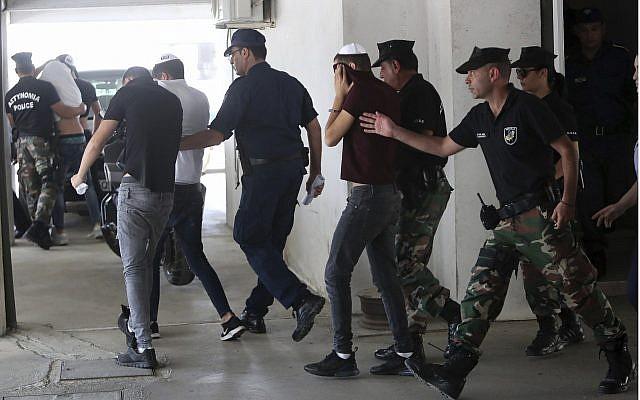 “The matter is being thoroughly examined by the legal department to see if police here have the authority to investigate an incident that happened abroad, and if so, how it would be carried out,” he said.

The official said the probe, if approved, could potentially be carried out by the Lahav 433 unit’s cyber crime division.

According to the report, police were exploring their options after 20 Tel Aviv residents last week filed a complaint on behalf of the 19-year-old British tourist at their local police station.

“It’s not okay that Israeli citizens should take part in hurting a woman while abroad, breaking the law, and not be questioned or held accountable for it,” the complaint said.

“Distributing an intimate video of someone without their permission is a crime that carries a five-year sentence,” it said. “They trampled her rights, and the Israeli police has the responsibility to investigate this matter and bring those responsible to justice.”

The official told Channel 12 that even if the investigation goes ahead, it would be extremely difficult to track down who circulated the video and would require the cooperation of Cypriot police.

The 19-year-old tourist is currently in police custody in Cyprus. She faces charges of public mischief for allegedly making a false gang rape allegation. She is due back in court on August 27.

Her first lawyer resigned because of serious disagreement with his client and her family and the teen had engaged a new lawyer and has applied to the attorney general to also be represented by a British lawyer.

Her family and Justice Abroad argue that she was coerced by police into retracting her initial statement that she had been raped and have  launched a crowdfunding campaign to cover her legal fees. The campaign has already raised  £23,267  from 534 donors. The target is £50,000.

Israeli media outlets said the sex video was being circulated on WhatsApp and had been posted on pornography websites.