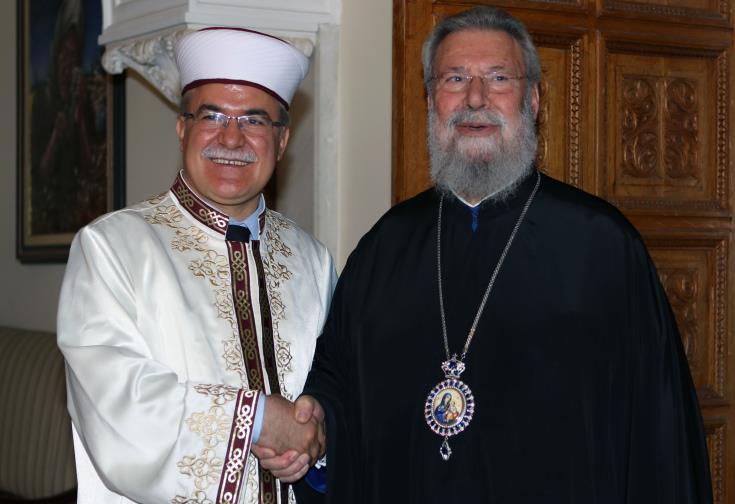 The religious leaders of Cyprus, extend sincere thanks and appreciation to Prof. Dr Talip Atalay as he leaves office as Mufti of Cyprus and wish him all the very best in his new endeavors, a statement by the Office of RTCYPP (Religious Track of the Cyprus Peace Process), under the Auspices of the Embassy of Sweden, says.

The RTCYPP says that Professor Dr Atalay was the first Mufti in the history of Cyprus who was in dialogue with all religious leaders of Cyprus and faith communities in Cyprus and  together with Archbishop Chrysostomos II, head of the autocephalous Greek Orthodox Church of Cyprus, he worked tirelessly for ten years, to create understanding, build bridges of trust among the faith communities of the island and advance religious freedom.

It adds that together they invited the Armenian, Maronite and Latin Catholic Religious Leaders of Cyprus to join them on a journey of transformation, where the language of understanding, solidarity, human rights and peace found centre stage.

“Inspired by their religious teachings and driven by their strong commitment to bring about positive change, the five Religious Leaders of Cyprus took courageous and unprecedented steps together and were able to bring about concrete and significant steps for religious freedom, human rights, peace and reconciliation,” it says.

It notes that since 2011, their united voice and witness were heard, recognized & appreciated by different international institutions.