Religious leaders of Cyprus express their solidarity with refugees 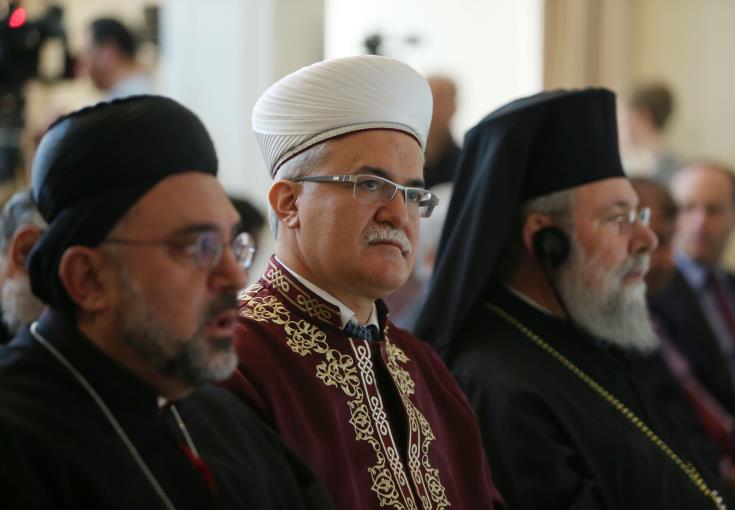 The religious leaders of Cyprus have expressed their solidarity with refugees around the world who are forced to abandon their homes, their land and their environment.

On Wednesday, UNHCR announced that the number of people fleeing war, persecution and conflict reached an all-time record of 70 million globally last year. The number averaged out to 37,000 new displacements every day. It is estimated that one in 108 people on the planet has been displaced.

A press release issued by the Office of the Religious Track of the Cyprus Peace Process (RTCYPP), said that “to mark World Refugee Day, Office of RTCYPP highlights the united voice of the Religious Leaders of Cyprus, issued in the video statement in solidarity with refugees around the world who are forced to abandon their homes, their land and their environment.”

As it is noted “the Religious Leaders of Cyprus call on the faith communities in Cyprus to stand with refugees by taking big and small steps in solidarity with them. They reiterate their call on decision-makers to address the underlying causes of refugees and uphold the human right to asylum.”

Archbishop Chrysostomos II of the Greek Orthodox Church of Cyprus said: “Help solve the problems of refugees and for the Mediterranean Sea to cease being a graveyard for innocent people.”

“Embracing refugees and providing them with maximum care is not only humanitarian requirements, but is also a religious obligation” Mufti of CyprusTalip Atalay noted.

Father Jerzy Kraj of the Latin Catholic Church of Cyprus said that “refugees are our brothers and sisters in search of a better life.”.

Archbishop Khoren Doghramajian of the Armenian Church of Cyprus noted that “religions teach us to love each other, and we should extend this love equally to our fellow human being.”

“Let us welcome them, listen to them, protect and accompany them and learn from their potential.” Archbishop Youssef Soueif of the Maronite Church of Cyprus noted.

(With information from Cyprus News Agency)

By In Cyprus
Previous articleGrenglish: The Cypriot Greek spoken outside of Cyprus
Next articleEuropean Socialists Party condemns Turkish gas exploration in Cyprus’ EEZ