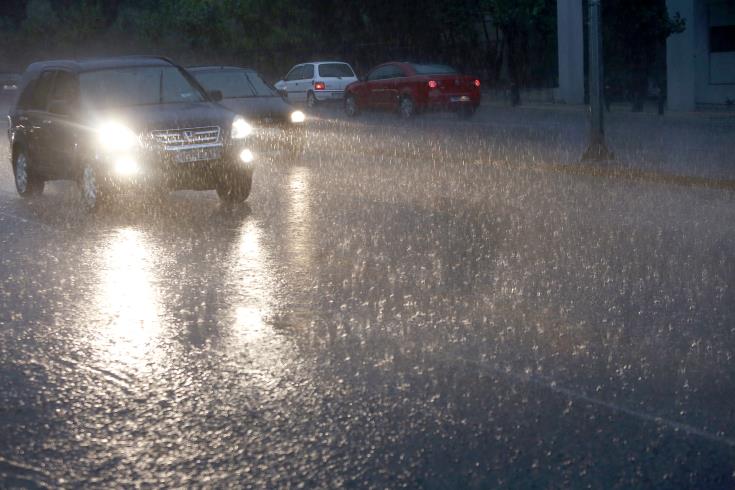 An official of the Meteorological Service said that there has been a record amount of rain in the last 24 hours, which despite some problems was very beneficial.

The weather over the coming days:

The low pressure system that is affecting the area will gradually withdraw as of tomorrow.

In the afternoon, the weather will be mainly cloudy with local showers and isolated thunderstorms with the possibility of hail. Winds will be mainly south-easterly to south-westerly, force 3 to 4 Beaufort but during thunderstorm might turn to 5 to 6 Beaufort over slight seas.

Tonight the weather will remain mainly cloudy with local showers and isolated thunderstorms, which will be soon limited to coastal areas. Winds will be initially south-westerly to norther-westerly and later north-westerly to north-easterly, force 3 to 4 Beaufort but during thunderstorm might turn to 5 to 6 Beaufort over slight seas. The temperature is expected to drop around 11 C inland, 13 C in coastal areas and around 5 C in the mountains.

Tomorrow sunshine will alternate with clouds and local showers and isolated thunderstorms also expected. The weather will gradually improve in the afternoon. Winds will be north-easterly to easterly and locally norther-westerly, force 3 to 4 Beaufort while locally in north and eastern areas winds will be strong force 5 Beaufort. The temperature is expected to rise to 20 C inland, around 21 C in coastal areas and around 11 C in the mountains.

On Sunday, the weather be fine but will gradually turn cloudy.

By gavriella
Previous articleChristmas trees for sale at forest stations
Next articleEight COVID-19 ICU beds unoccupied in Thessaloniki, 45 in Attica